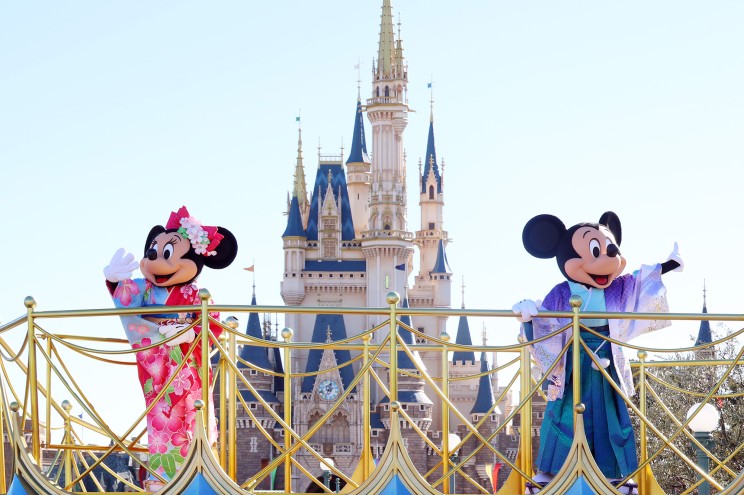 It might be cheaper to go see the Eiffel Tower than it is to meet Mickey Mouse. According to a new report, Disney’s astronomical price hikes have made it more expensive to visit Disneyland in Anaheim, Calif. than it is to travel to Paris and go to Disney in Marne le Vallee, France, 15 miles away. This month, KTLA, a local California news outlet said that it in June 2022, it costs a total of $4,571.50 for two people to stay at the Paradise Pier Hotel – the cheapest Disneyland resort available – for six nights with five days of park tickets included. Comparatively, at Disneyland Paris, the cheapest on-property hotel, the Hotel Santa Fe, was quoted at $2,173.66 for seven days of theme park tickets and a six-night stay witout meals or insurance. The outlet said that even with a $1,456.74 flight from Los Angeles to Paris included, the experience would still come out to a grand total of $3,676.06. That amounts to cost savings of $895.44 by going to Disneyland in Paris instead of Anaheim. The soaring costs are not surprising, especially considering that The Mouse House lost a whopping $710 million due to COVID-19 disruptions and closures in 2020. In recent months, Disneyland and Disney World customers have expressed outrage over rising admission costs, as well as higher merchandise and food prices. Disney customers took to Reddit earlier this year to rip the Mouse House’s theme parks over higher admission fees, as well as a subpar experience that includes more expensive, lackluster food and staffing shortages. “If you’re the kind of person that budgets or saves for vacations, Disney Parks aren’t for you any longer,” wrote one angry customer, saying the company had ditched everyday people for the well-to-do. “That’s a Premium Physical Experience, and there’s plenty of national and international wealthy families to afford going indefinitely.” Last October, Disney announced that starting in March 2022, it is raising its single-day ticket price for the most popular times to a whopping $164 for admission to one park. For those who want to visit both Disneyland and in a single day will need to pay $224 out of pocket. On average admissions prices jumped between 6% and 9%. Recently, anger bubbled over when Disney unveiled its newest pricey Star Wars-themed hotel dubbed “Star Wars Galactic Starcruiser.” For example, a two-night stay on the “Halcyon starcruiser” starts at $4,809 on weeknights for the most modest package, a two-guest cabin, according to the voyage’s website. For a three-guest cabin, the price rises to $5,299, and for a four-guest cabin it’s a $5,999 “voyage total.” Suite pricing for four or more passengers was not listed on the website. Meanwhile, outraged Disney fans have taken to Change.org to sign a petition dubbed “Fire Bob Chapek,” the company’s well-paid CEO. In 2021, Chapek’s compensation hit an eye-popping hefty $32.5 million.