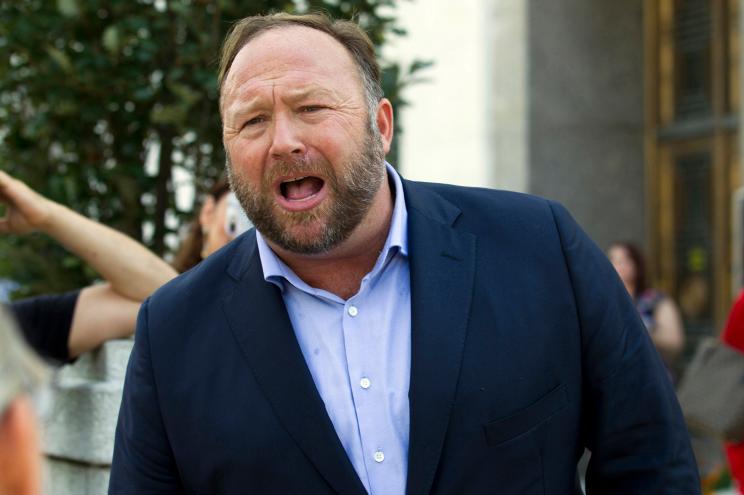 Alex Jones’ companies, including his media site Infowars, have filed for bankruptcy following lawsuits over public comments in which he called the Sandy Hook massacre a hoax. Three entities controlled by Jones filed for Chapter 11 protections in southern Texas, according to Bloomberg News. The companies reportedly cited estimated liabilities of as much as $10 million. Filing for Chapter 11 allows companies to continue operating while they formulate a plan to turn their businesses around. It also puts a pause on any pending civil litigation. Relatives of some of the 20 children and six educators killed in the 2012 Newtown, Connecticut, massacre sued Jones for defamation, saying they have been subjected to harassment and death threats from Jones’ followers. A judge found Jones liable for damages, and a trial on how much he should pay the families had been scheduled for August. Jones was also found liable for damages in similar defamation lawsuits by victims’ relatives in Texas, where a trial is set to start later this month. Jones has since said he believes the shooting did occur. His attorneys have said the lawsuits were filed in order to silence the media personality and violate his constitutional rights to free speech. Last month, Jones offered to pay $120,000 per plaintiff to resolve the lawsuit. The offer was quickly rejected by the families. Jones recently defied a court order to attend a deposition near his home in Austin, Texas, to provide testimony ahead of the trial. Jones said he was ill. A Connecticut judge ruled last month that Jones would be reimbursed the $75,000 in fines because Jones eventually did show at a rescheduled deposition earlier this month. Jones said he missed the March 23 and 24 deposition in Austin — home to Jones and Infowars — because of a medical problem that included vertigo. He said his doctors first thought it was a serious heart issue, but it later turned out to be a sinus infection. With Post Wires