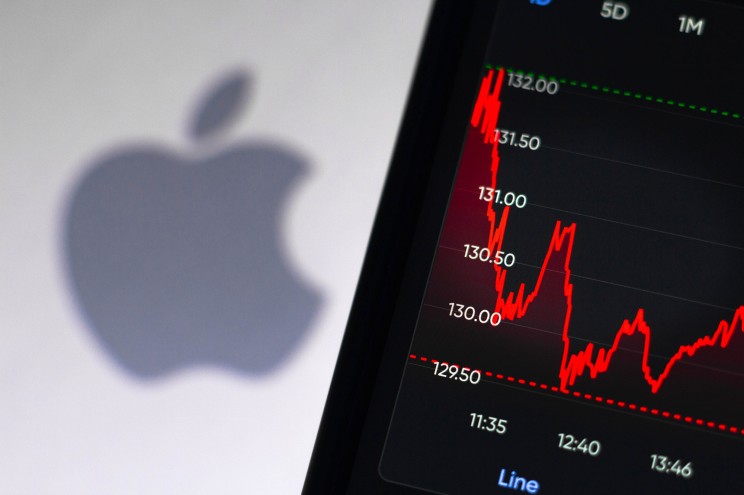 Shares of American tech giants — including Amazon, Apple and Google — were hammered on Thursday as Russia’s brutal invasion of Ukraine shocked global markets. The tech-heavy Nasdaq composite index was down 2.5% — with its losses worse than the market as a whole — as stocks opened on Thursday. Individual tech names fell even more. Shares of Apple plunged 4% as markets opened, while Facebook parent Meta fell 2.0%, Amazon 1.2% and Google 1%. Industry watchers said tech is particularly vulnerable to a sharp stock selloff even though Russia and Ukraine are not key markets for American tech giants. That’s because they’re already trading at such high prices that any little disturbance can knock them off their already-shaky pedestals, analysts said. Amid an expectations of rising interest rates, investors had already pulled back from risky tech stocks in 2022. The Nasdaq had already fallen about 15% prior to Thursday far this year, with Russia’s invasion appearing to officially knock the index into its first bear market since 2020. In an investor note titled “Ukraine Invasion Will Cause Scary Tech Sell-Off,” Wedbush Securities managing director Dan Ives called the invasion a “Black Swan event” causing “significant pain” for tech stocks. “This is the most oversold we are have seen tech stocks since 2014/2015 with investors heading for the exits in accelerated fashion with potential war breaking out in Europe,” Ives said. Other tech stocks were also battered on Thursday. Shares of electric automaker Tesla fell a whopping 4.9%, knocking billions of dollars off Elon Musk’s net worth. Microsoft shares were down 1.5%, while Samsung stock was down 2.1%. Investors are fleeing to less risky assets such as US Treasury bonds and gold, which both spiked on Thursday.