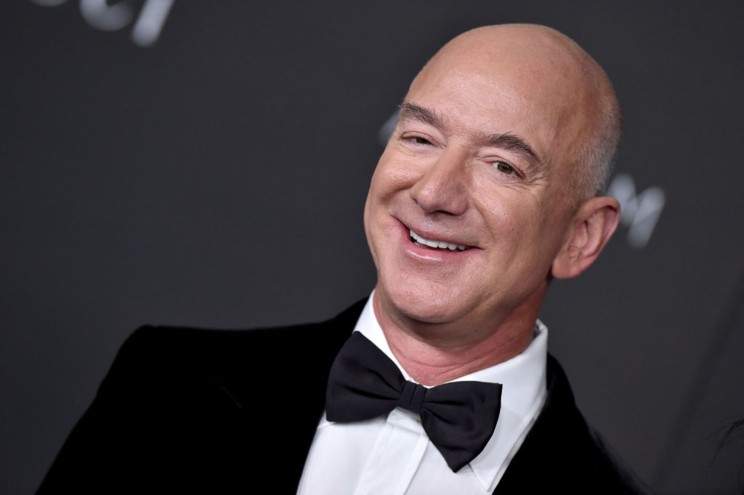 Amazon is more than doubling the maximum base salary for corporate employees to $350,000 due to a “particularly competitive labor market,” the company said in an internal memo on Monday. Amazon’s maximum base salary for most corporate employees in US cities had previously been $160,000, with an extra bump $25,000 for workers based in San Francisco or New York City. The Jeff Bezos-owned company said the massive bump will help it attract and retain employees amid a nationwide labor shortage. “This past year has seen a particularly competitive labor market and in doing a thorough analysis of various options, weighing the economics of our business and the need to remain competitive for attracting and retaining top talent, we decided to make meaningfully bigger increases to our compensation levels than we do in a typical year,” Amazon said in an internal memo first reported by GeekWire. An Amazon spokesperson confirmed the accuracy of the memo to The Post. Amazon employees had repeatedly griped about the company’s comparatively low pay compared to other big tech firms. In an internal corporate employee survey, 45% of employees said Amazon’s base pay contributed to their desire to find a different job in 2021, according to Insider. In addition to base pay, Amazon employees often receive perks like singing bonuses and company stock options. Those stock options have paid of handsomely for some employees as Amazon’s stock has surged 282% over the past five years. The corporate salary changes will likely widen the chasm between Amazon’s corporate employees and warehouse and delivery workers. Amazon warehouse workers are paid a minimum of $15 an hour and an average starting wage of $18 per hour, the company said in September. While that’s far higher than the federal minimum wage of $7.25 per hour, it corresponds to between $31,000 and $37,500 for full time employees. In other words, an Amazon corporate employee can now earn as much as 10 warehouse workers combined — not counting bonuses and stock options.