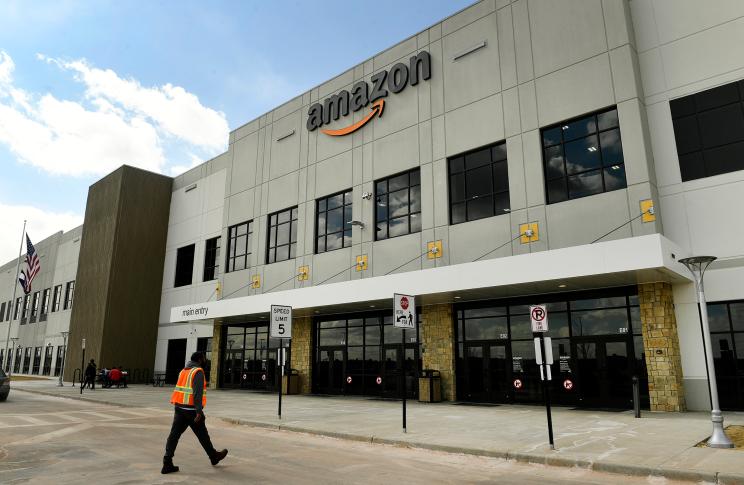 Injury rates at Amazon warehouses spiked by 20% in 2021, despite Jeff Bezos’ promise before he stepped down as chief executive a year ago to address the problem, according to a report. The Strategic Organizing Center, a group of four labor unions representing 4 million workers, found that Amazon accounts for about half of all warehouse injuries, SOC said on Tuesday. At the same time, the e-commerce giant only accounts for one third of all warehouse jobs in the U.S. The report is based on data submitted to the Occupational Safety and Health Administration. Workers at Amazon facilities sustained about 38,000 injuries in 2021 compared to 27,700 in 2020 and 21,200 in 2019, and the serious injury rate was 6.8 per 100 Amazon workers, compared to a 3.3 per 100 for non-Amazon facilities, according to the study. In his final letter to shareholders in 2021, Bezos said the company was investing $300 million in safety projects to reduce so-called repetitive-stress injuries at Amazon’s 1,500 facilities worldwide. The SOC blamed the higher injury rate last year on Amazon ramping up its productivity requirements after relaxing them in 2020 during the height of the pandemic. By October 2020, “even as COVID caseloads were beginning to rise” according to the report, Amazon reinstated its production work rates “just ahead of Prime Day” as part of its “obsessive focus on speed,” according to the report. “Amazon’s high-pressure production model hurts workers,” the SOC wrote in the report. In Amazon’s home city Seattle, Washington state’s OSHA office cited Amazon for violating federal health and safety law, linking the company’s high pace of work with its facilities high rates of injuries, according to the report. In September 2021, California passed legislation aimed at curbing warehouse production rates, citing Amazon’s work speed as a key reason for the law and 10 similar bills have been introduced in other states, according to the report. Labor groups pounced on the findings, including Teamsters’ president Sean O’Brien who said in a statement, “Amazon is an abusive employer. They show total disregard for working people. It’s time to face the bully head-on.” The Teamsters are one of the four labor groups that comprise SOC. Amazon did not immediately respond for comment.