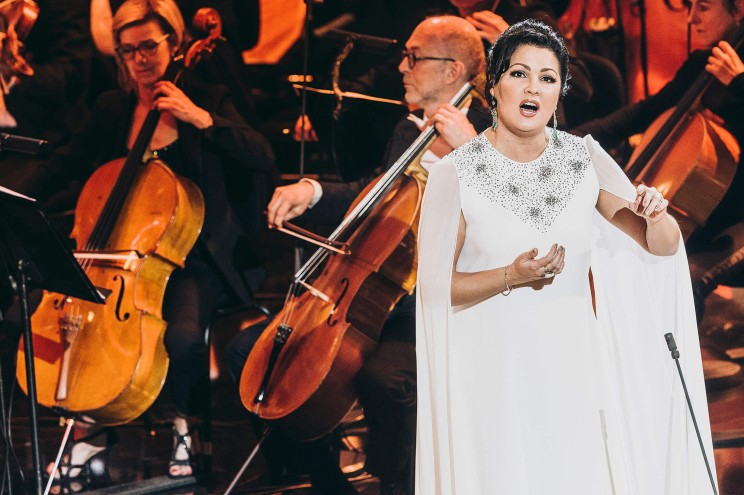 Russian soprano Anna Netrebko is no longer employed by the Metropolitan Opera after her support for Vladimir Putin resurfaced amid Russia’s devastating invasion of Ukraine. Netrebko, 50, is one of the opera’s highest grossing box office superstars and her exit is a major blow to the Manhattan cultural establishment. “It is a great artistic loss for the Met and for opera,” Met General Manager Peter Gelb announced in a statement on Thursday. “Anna is one of the greatest singers in Met history, but with Putin killing innocent victims in Ukraine, there was no way forward.” Gelb said last Sunday that the Met would not continue to associate with artists who support Putin. The Met had previously tried to persuade Netrebko to renounce her support of the Russian president, however, their efforts were rendered useless. Netrebko was set to perform in Giacomo Puccini’s “Turandot” in the spring and Giuseppe Verdi’s “Don Carlo” next season. Ukranian soprano Liudmyla Monastyrska is on deck to replace her in both productions. “Turandot” will be running five performances from April 30 until May 14, For “Don Carlo,” five shows will begin Nov. 3 and end on Nov. 19. see also In 2008, Netrebko received the People’s Artist of Russia honor from Putin. She was later pictured in 2014 holding a Novorussian flag after giving a 1 million ruble (the currency of Russia) donation to the opera hose in Donetsk. The area is a Ukrainian city under the control of by pro-Russia protesters. Earlier this week, Netrebko also removed herself from her other upcoming performances, including one at Barcelona’s Gran Teatre del Liceu on April 3. She noted in a statement, “I am opposed to this senseless war of aggression and I am calling on Russia to end this war right now, to save all of us. We need peace right now.” The singer continued, “This is not a time for me to make music and perform. I have therefore decided to take a step back from performing for the time being. It is an extremely difficult decision for me, but I know that my audience will understand and respect this decision.” Get the latest updates in the Russia-Ukraine conflict with The Post’s live coverage. Netrebko debuted at the Met Opera on Feb, 14, 2002, when she starred in Sergei Prokofiev’s “War and Peace.” Since her start, she has appeared in 192 performances in total. Her last show was at a New Year’s Eve bash on Dec. 31, 2019. She also made a cameo appearance as herself in the 2004 Disney film “The Princess Diaries 2: Royal Engagement.”