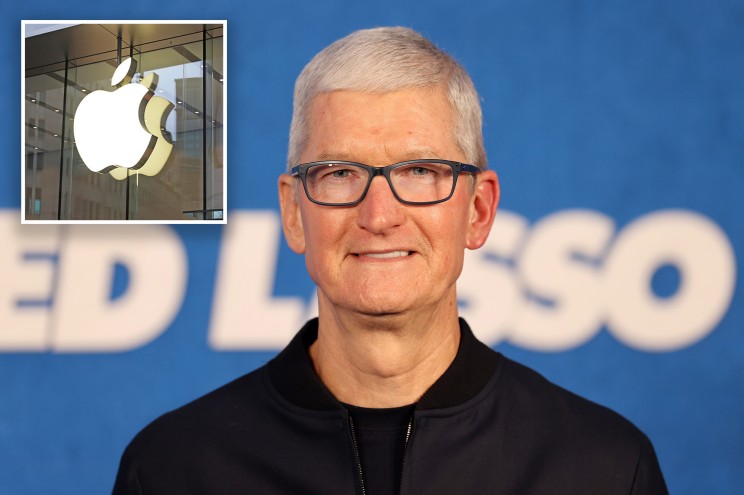 Tim Cook’s nearly $100 million payday as CEO of Apple is just too much, a company that advises shareholders said Wednesday. It advised Apple shareholders to vote against Cook’s big-time payday, flagging “significant concern” about his $82 million in stock awards for 2021, according to the Financial Times. That came on top of a $12 million cash bonus and a $3 million salary — and expenses racked up like more than $700,000 on a private jet and $630,000 in private security. Stockholders of public companies are allowed to vote under “say on pay” rules, though their voices are merely advisory — a company doesn’t have to do what they say. Still, if shareholders vote against an executive’s pay package, it can be seen as an embarrassing black eye for a company, even if the company doesn’t have to follow the advice. Institutional Shareholders Service, one of the biggest companies that advises stock owners on how to vote their shares, has advised Apple shareholders to vote against Tim Cook’s pay package for 2021, the FT reported Wednesday. Apple under Cook has prospered: Its stock is up more than 400% over the past five years vs. the broader market, which is up only 90% over the same time frame. But even so, the $100 million pay vote is a jarring juxtaposition when compared to Apple’s retail workers, who threatened a walkout in December while demanding better sick leave and working conditions. Apple last week said it would sweeten the deal for those workers as it looks to retain staff in a tight labor market. The iPhone maker said it would offer an enhanced sick time policy and more vacation days, among other perks. The upgraded benefits will be available to Apple’s full-time and part-time workers at US stores beginning on April 4. Meanwhile, Apple told investors in a regulatory filing last month that its financial results for sales and profitability had “significantly exceeded” the maximum goals when explaining the executive payouts. Shareholder votes are non-binding, though it can sway the company’s board of directors to take action if the backlash is intense enough. Cook’s pay rose significantly compared to the previous fiscal year, when the Apple CEO received $14.8 million in compensation. In 2021, he earned more than 1,400 times the pay of Apple’s average employee, according to Reuters. Cook, who celebrated 10 years as Apple CEO last year, has been credited with leading the company through a turbulent time. He succeeded the late founder and visionary Steve Jobs, who died of cancer in October 2011. Under Cook’s watch, Apple became the first company to reach a market capitalization of $3 trillion. Earlier this month, the iPhone maker reported $34.6 billion in profits for the fourth quarter of 2021 — an increase of 20% compared to the same period a year prior. The result was impressive considering the ongoing impact of the COVID-19 pandemic and supply chain issues that have complicated production.