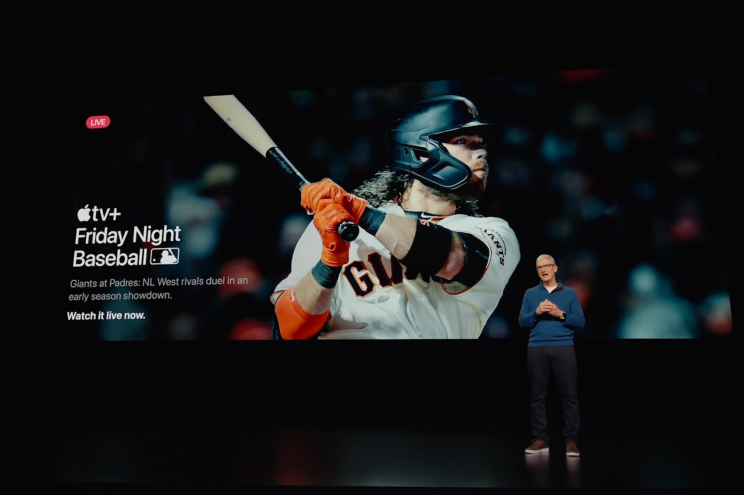 Apple has scored exclusive streaming rights to Friday Night Baseball games, the company said Tuesday. The company’s streaming service Apple TV+, which costs $5 a month, will exclusively stream two games each Friday through a partnership with Major League Baseball. “Tune in on Friday nights for two games you can only see on Apple TV+,” CEO Tim Cook said during a press event on Tuesday that also saw announcement of a new iPhone SE model. Apple’s announcement comes amid uncertainty about whether the MLB will even have a season in 2022 amid an ongoing dispute between team owners and the players’ union. Cook did not comment on the dispute during his brief comments on the new MLB partnership, which also included a sizzle reel of game footage. The MLB partnership may give Apple a leg up in the crowded streaming space, where the company is competing with rivals like Netflix, Disney and NBCUniversal.