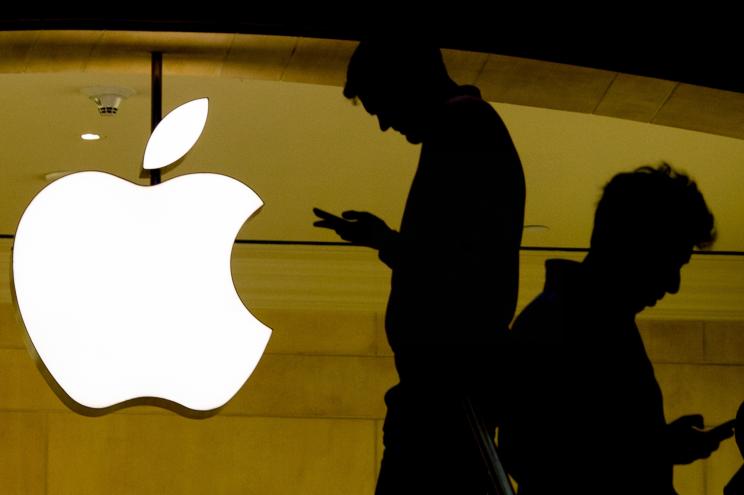 Employees of Apple’s flagship store in Grand Central Terminal are pushing to form a union — a campaign that follows growing calls among disgruntled members of the iPhone maker’s workforce for better pay and benefits. A group of Apple workers calling themselves Fruit Stand Workers United have begun collecting signatures to form the union. With enough signatures, the group can petition the National Labor Relations Board to hold a formal union election for the Grand Central location. In a post on their website, the organizers said they had voted to become an affiliate of the labor group Workers United on Feb. 21 ahead of the signature drive. Workers United is the same group leading labor organizing efforts at several Starbucks stores that have voted to unionize in recent months — a sign that Apple could soon face similar pressure. “Grand Central is an extraordinary store with unique working conditions that make a union necessary to ensure our team has the best possible standards of living in what have proven to be extraordinary times with the ongoing COVID-19 pandemic and once-in-a-generation consumer price inflation,” a message on the Fruit Stand Workers United website says. The Apple workers have outlined specific demands as part of their effort to form a union, including a minimum hourly wage of $30 for all workers, increased tuition reimbursement, more vacation time and research into more robust safety protocols at the Grand Central location. The Washington Post was first to report on the unionization effort. If the effort is successful, Apple’s Grand Central store will be the first in the country to unionize. Workers involved in the labor drive told the outlet that Apple has been attempting to dissuade them from forming a union for “months.” When reached for comment, an Apple spokesperson told the Post that the company was “fortunate to have incredible retail team members and we deeply value everything they bring to Apple” – but the company did not say whether it would aim to support or thwart the organizing effort. “We are pleased to offer very strong compensation and benefits for full time and part time employees, including health care, tuition reimbursement, new parental leave, paid family leave, annual stock grants and many other benefits,” the Apple spokesperson said. Apple operates more than 270 retail stores in the US and has tens of thousands of retail workers. The minimum hourly rate for Apple’s retail workers is $20, according to the spokesperson. Rumbling of a potential labor organizing push at Apple stores has intensified in recent months, with a number of stores around the country reportedly organizing similar drives. Workers have expressed frustration that Apple’s surging profits have yet to be reflected in their paychecks. Earlier this year, sources told the Washington Post that some Apple workers were using phones with Google’s rival Android operating system to avoid potential spying by their managers. In December, some Apple workers threatened a walkout while demanding better sick leave and working conditions at stores. Meanwhile, Apple has begun to boost some benefits as it competes for workers during a nationwide labor shortage. In February, the tech company rolled out an enhanced sick time policy and increased paid time off for its part-time and full-time workers.