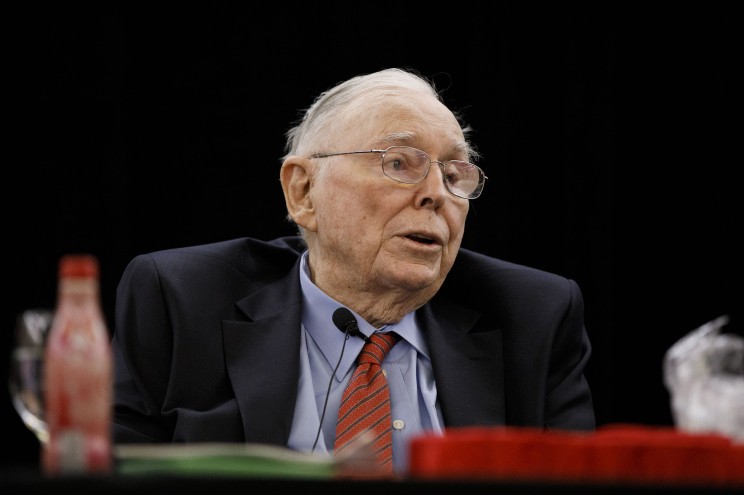 Berkshire Hathaway’s billionaire vice chairman Charlie Munger compared cryptocurrencies to a sexually transmitted disease – and added that he believes the Chinese were right to ban them. The 98-year-old, right-hand man to Warren Buffett blasted bitcoin and other digital currencies in an interview at the Daily Journal’s annual meeting. When a shareholder asked Munger if he was “willing to admit he missed something” by not investing in crypto, Munger let loose. “I’m proud of the fact that I avoided it. It’s like some venereal disease or something,” Munger said. “I just regard it as beneath contempt. Some people think it’s modernity and they welcome a currency that’s useful in extortions and kidnappings and so on and so on, tax evasions.” Munger is one of the most outspoken critics of cryptocurrencies, which have gained wider adoption in recent years. In the recent past, the billionaire has referred to crypto as “rat poison” and “contrary to the interests of civilization” – arguing it fuels criminal activity and is too risky for investment. While US officials are mulling a formal adoption and regulation of stablecoins on a federal level, leaders in other countries, including China, Russia and India, have either already banned cryptocurrencies or are mulling significant restrictions. “I admire the Chinese for banning it. I think they were right and we’ve been wrong to allow it,” Munger added. Munger has worked closely with Warren Buffett for decades. He has a personal net worth of $2.4 billion, according to Forbes. Bitcoin, the leading cryptocurrency, has a market cap of more than $821 billion, according to Coinbase. It was trading at $43,257 as of Thursday morning. Leading digital assets have shown extreme volatility in recent months as investors brace for the Federal Reserve’s expected interest rate hikes by shedding risky assets.