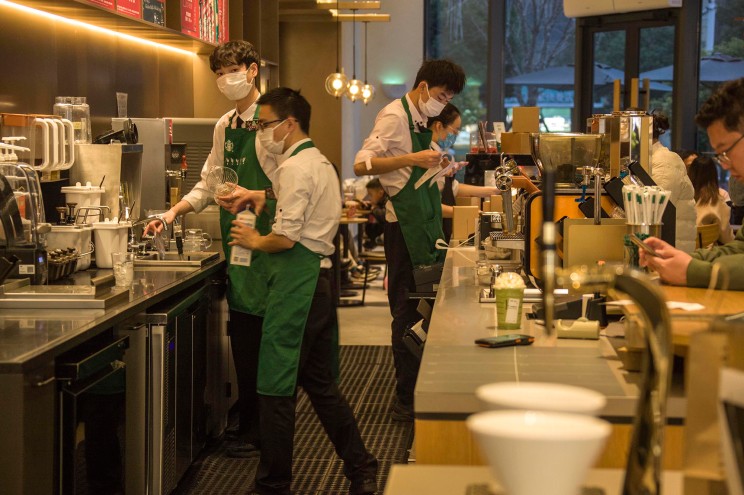 Sen. Bernie Sanders said Starbucks — which is getting slammed by a growing movement to unionize its coffee shops — said the chain could afford to give its baristas a $5,000 bonus while staying profitable. The Seattle-based giant generates enough cash to give each of its “380,000 employees a $5,000 bonus and still keep $2.6 billion in profits from last year,” Sanders tweeted on Monday. The 80-year-old, progressive senator from Vermont was taking aim at Starbucks’ plans to raise its prices for the third time in less than a year. Last month, Chief Executive Kevin Johnson said the company is planning another price hike in 2022 after raising prices in January and before that in October. “We have additional pricing actions planned through the balance of this year, which play an important role to mitigate cost pressures, including inflation, as we position our business for the future,” Johnson said during an earnings call with analysts. Johnson also said that workers were getting a pay raise. All of its US workers will earn at least $15 – and up to $23 – per hour by this summer. Nevertheless, Starbucks is facing a growing union drive in at least 19 states and 60 stores after a Buffalo, NY-based store became the first location to successfully secure a labor contract in December. The Buffalo workers have joined Workers United, which is affiliated with the massive Service Employees International Union. In February, four New York City area Starbucks stores filed petitions to form unions. Starbucks has been fighting the union drive filing appeals with the National Relations Labor Board and said it does not “want a union between us as partners.” Starbucks did not immediately comment on Sanders’ latest post.