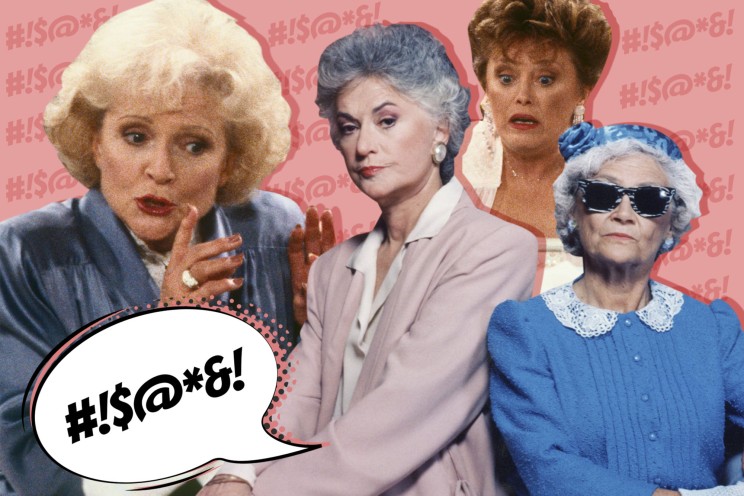 Thank you for being a friend? “The Golden Girls,” the beloved Emmy-winning NBC sitcom that ran from 1985 to 1992, remains popular for the hilarious — and sometimes inappropriate — hijinks of four single, aging women who share a home in Miami. But while the on-camera chemistry between Rose Nylund (Betty White), Dorothy Zbornak (Bea Arthur), Blanche Devereaux (Rue McClanahan) and Sophia Petrillo (Estelle Getty) still charms viewers, the mood was decidedly different behind the scenes. The latest episode of “The Originals,” a podcast hosted by entertainment journalist Andrew Goldman and produced in partnership with Los Angeles Magazine, includes an April 2021 interview with the sitcom’s casting director Joel Thurm, who recounts how the leading ladies, especially Arthur, really felt about White — who died this past New Year’s Eve, weeks before her 100th birthday. “Literally Bea Arthur, who I cast in something else later on, just said, ‘Oh, she’s a f – – king c – – t,’ using that word,” Thurm says on the podcast. He also shares these details in his forthcoming book, “Sex, Drugs, & Pilot Season: Confessions of a Casting Director,” out this spring. “Bea Arthur called Betty White a C-word?” Goldman asks in the interview. “Yeah, she called her the C-word. I mean, I heard that with my own ears,” Thurm replies. “And by the way, so did Rue McClanahan. Rue McClanahan said it to me in Joe Allen’s [restaurant]; Bea Arthur [when she was] on the set of ‘Beggars and Choosers.’ ” On the podcast, listeners can hear Goldman’s nervous laughter. “It was a huge surprise to me,” Goldman, 49, told The Post. “I know there are people who are deeply into ‘The Golden Girls’ lore and there’s been some talk of this in the past, but actually interviewing Joel, who had a front seat for all of this action, and actually spoke to both of the stars and heard them say very similar things, was a total shock to me.” In the episode, Thurm then recalls how Getty — who died in 2008 at 84 from Lewy Body Dementia — began having issues memorizing her lines on-set. “And she would write the lines on her hand, and … Betty White would make fun of her in front of the live audience,” says Thurm. “That may seem like a minor transgression, but it really does get to you … I have no idea how Estelle Getty felt, but I know the other two did not like [White] at all.” Whispers of the off-camera rift between Arthur, McClanahan and White have long been floating around, with McClanahan, who died in 2010 at 76 from a cerebral hemorrhage, also admitting that Arthur was known to call White the C-word. Predictably, commenters have blamed the feud on jealousy, suggesting Arthur was jealous when White became the show’s first cast member to be nominated for a Best Actress Emmy in 1986. The ladies also had different approaches to acting, which created tension. In the 2016-published “Golden Girls Forever” biography, author Jim Colucci noted that Arthur remained in character during taping, while White relaxed between shots and joked around with the live studio audience. “I think my mom didn’t dig that,” Arthur’s adoptive son, Matthew Saks, told the Hollywood Reporter in 2016, seven years after she died of cancer at 86. “It’s more about being focused or conserving your energy. It’s just not the right time to talk to fans between takes. Betty was able to do it and it didn’t seem to affect her. But it rubbed my mom the wrong way.” Only in 2011 did White give her side of the story, saying in an interview, “Bea had a reserve. She was not that fond of me. She found me a pain in the neck sometimes. It was my positive attitude — and that made Bea mad sometimes. Sometimes if I was happy, she’d be furious!” White echoed the sentiment in an appearance on the “Joy Behar: Say Anything” show that same year: “I don’t know what I ever did,” she said of Arthur. “I don’t know, but she was not that thrilled with me.” Goldman notes that fans often don’t see the human side of adored actors who have died. “You don’t hear about the blemishes in their careers or in their personalities,” he told The Post. “And I feel like Betty White was an example of — even before she died — of being heralded … because of her longevity and her longevity in her career, which are both admirable. I don’t think you could survive [decades] in show business without having occasionally sharp elbows.”