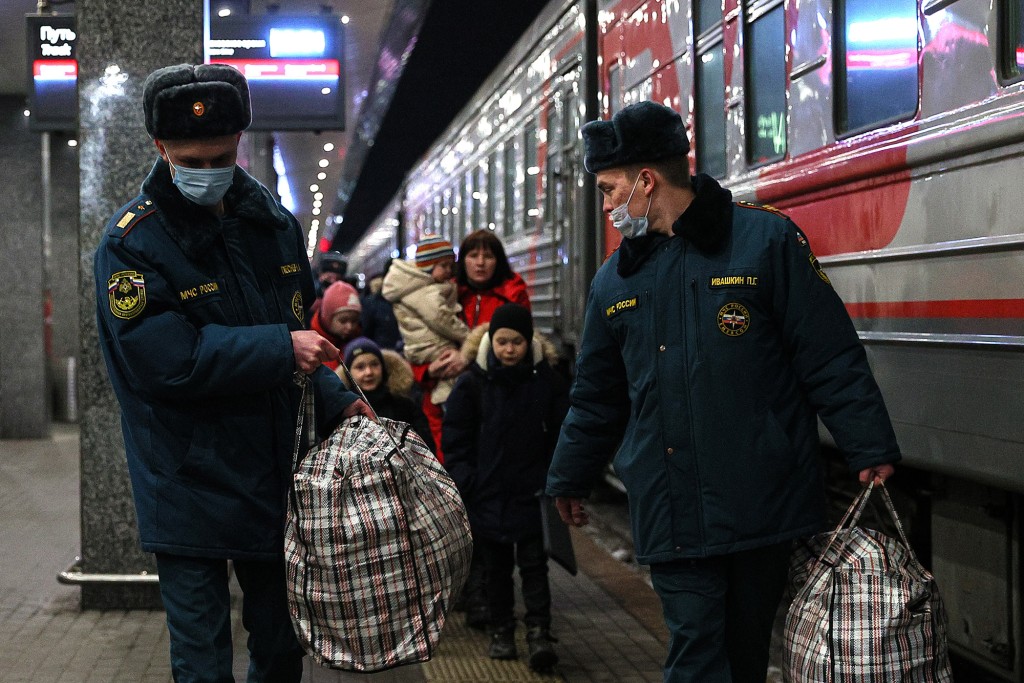 President Biden was expected to announce new economic sanctions targeting Russia on Tuesday after Russian President Vladimir Putin deployed troops to two pro-Moscow separatist areas of eastern Ukraine. The White House had no immediate preview of Biden’s 1 p.m. remarks, but press secretary Jen Psaki had teased “additional measures” after Russia recognized the self-proclaimed Donetsk People’s Republic and Luhansk People’s Republic as independent states Monday. Following the announcement, Putin signed a decree ordering Russian “peacekeeping” forces into the region in what US officials fear is a prelude to a large-scale war. Biden and others have warned for months that Putin was scheming to launch an invasion of Ukraine and had repeatedly threatened “severe” sanctions. In 2014, when Biden was vice president, Putin invaded and annexed Crimea from Ukraine and fomented the rebellion in Donetsk and Luhansk. On Monday, Biden barred Americans from doing business with the rebel states in eastern Ukraine, though the amount of US investment in the war-torn areas is likely minimal. It was originally unclear what would trigger more significant US sanctions targeting the personal wealth of Putin and his allies, as officials noted that Russia had already placed troops covertly in the rebel areas. Deputy White House national security adviser Jon Finer told CNN on Tuesday that “an invasion is an invasion and that is what is underway” with the deployment of the self-styled Russian peacemakers. “We’ve always envisioned waves of sanctions that would unfold over time,” Finer added. “Today, we have already begun those actions in response and we have more that we will be rolling out in really just a matter of hours.” The German government said Tuesday it would block operation of the Nord Stream 2 natural gas pipeline, which was poised to begin piping fuel directly to Germany via the Baltic Sea rather than through Ukraine. Former President Donald Trump blamed Biden in a Tuesday statement, saying, “I know Vladimir Putin very well, and he would have never done during the Trump Administration what he is doing now, no way!” “If properly handled, there was absolutely no reason that the situation currently happening in Ukraine should have happened at all,” Trump said. “Russia has become very very rich during the Biden Administration, with oil prices doubling and soon to be tripling and quadrupling. The weak sanctions are insignificant relative to taking over a country and a massive piece of strategically located land,” the 45th president added. “Now it has begun, oil prices are going higher and higher, and Putin is not only getting what he always wanted, but getting, because of the oil and gas surge, richer and richer.”