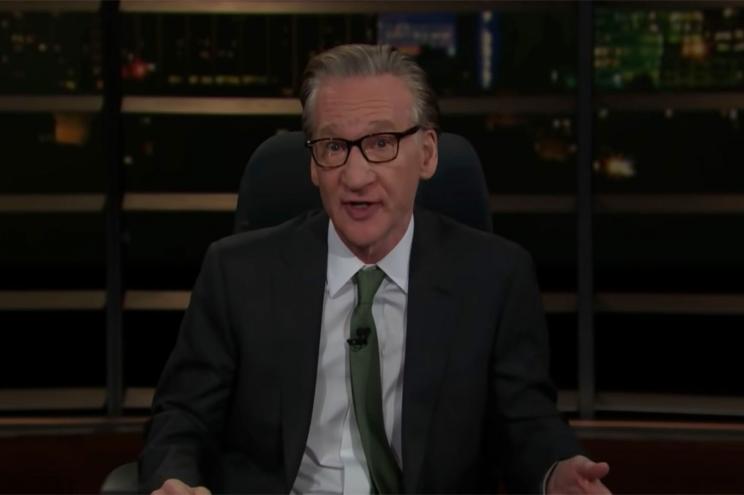 “Real Time” host Bill Maher, 66, said that the now-infamous Oscar slap was not a good look for Will Smith and likened it to a Twitter outrage that was broadcasted to millions of people. “I could make a case that we’ve all be under a lot of pressure and a lot of emotion — and I understand a lot of emotion running through him,” Maher, 66, told TMZ. “But that was just out of line and it re-enforced the idea that jokes are the enemy.” Smith, 53, now faces an inquiry from the Academy of Motion Picture Arts and Sciences as well as the possibility of losing his Oscar due to a breach in the Academy ethics code. “It was sort of like cancel culture encapsulated,” Maher said. “Because at first you saw he was laughing at the joke, right? This is what happens a lot with cancel stuff. At first: ‘Oh, it’s funny.’ And then you look around: ‘Oh wait, I’m supposed to be offended.’ And then there’s the [subsequent] overreaction. He was like the Twitter mob come alive.” Bill Maher said that Will Smith acted just like any so-called Twitter justice warrior would — initially finding the joke privately funny but then taking offense. As sources told The Post, Will Smith was already on edge due to the several jabs he and his wife had taken about their open marriage during the last several years. The couple has been the butt of several jokes during awards season and several sources said the Smith was tired of it. Bill Maher went on to praise Chris Rock who despite being on the receiving end of the slap, kept the focus on the award show. “Chris Rock is the hero here,” Maher said. Will Smith later apologized to the Academy and to everyone present during the ceremony during his acceptance speech for the Best Actor award. He also apologized to Chris Rock publicly saying that he was out of line and was very wrong to do what he did. Several celebrities including Whoopi Goldberg and Jim Carrey have come out and condemned Smith’s behavior.