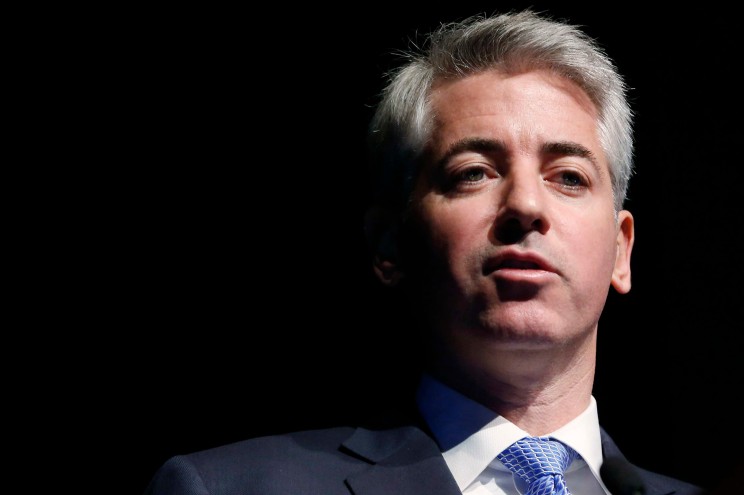 Billionaire investor Bill Ackman urged President Biden to deploy American troops to protect Ukraine from the Russian invasion, saying it is time for the US to set a “real red line” in Eastern Europe. In a lengthy Twitter thread, the hedge fund manager said it was “un-American to sit back and watch” Russian forces bombard Ukraine. “We can’t sit back and allow hundreds of thousands of Ukrainians and perhaps millions to die,” he wrote. “I don’t want to live in that world and you don’t either.” “None of us wants to put American lives at risk,” Ackman tweeted. “And yes it is easy for me to say with no children in the military. But our lives are already at risk if Putin gets his way.” Ackman continued: “The defense of Ukraine is a just war. It is not about oil or money. It is about right and wrong, and those are the wars that we should fight.” “And if we take the long-term view and punish madmen for their actions, we can deter their larger ambitions.” .@POTUS is there a point at which we say it is un-American to sit back and watch this transpire? We are fighting an economic war with Russia. We are supplying weapons and intelligence with our allies, and the Ukrainians are putting up an incredible fight. The Russian army has— Bill Ackman (@BillAckman) February 28, 2022 The US and its European allies have imposed sanctions on Russian President Vladimir Putin and his inner circle of oligarchs. The West has also cut off several large Russian banks from the SWIFT international messaging system and targeted Moscow’s financial sector. But Ackman says there is more to do. “We are fighting an economic war but only selectively shutting down their banking system,” he tweeted. “We are not using every economic means at our disposal. And I hope Russia stops this onslaught, but I don’t see how Putin saves face.” Ackman believes the US and its allies “need to start thinking about intervening militar[il]y.” “Had we set up a show of force at the beginning of the war that we were prepared to execute on, we might have deterred Putin,” he wrote. So far, the White House has ruled out deploying American troops to Ukraine. The US has also refrained from imposing a “no-fly zone” over the country for fear it would lead to direct clashes with the Russian air force. Putin over the weekend put his nuclear forces on alert, a move that is believed to be aimed at deterring countries sympathetic to Ukraine from intervening on its behalf.