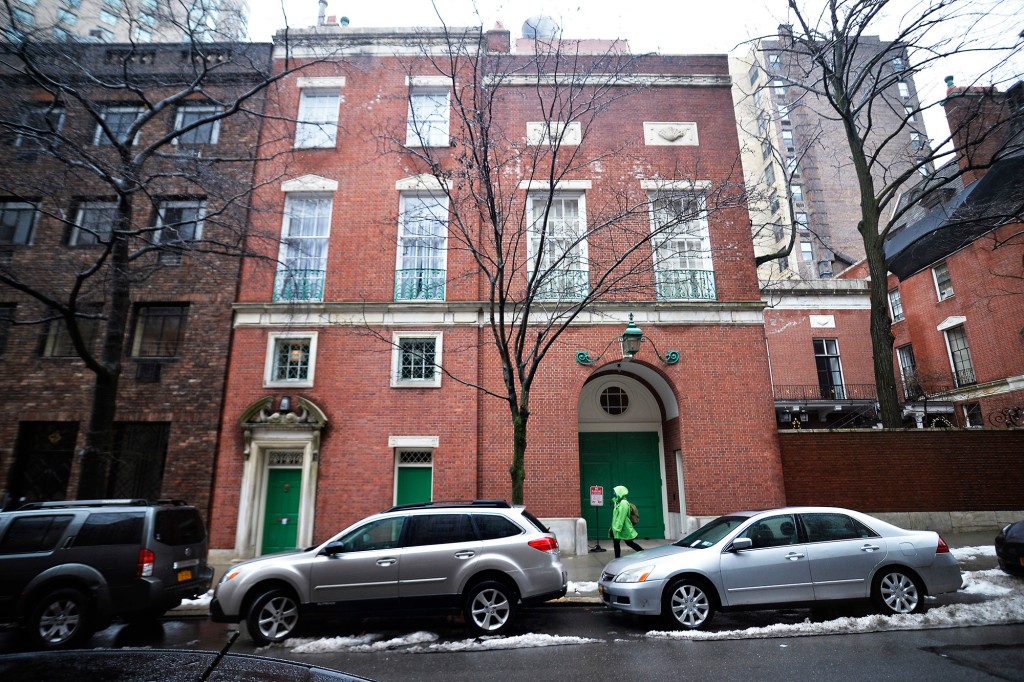 The billionaire, art-collecting entrepreneur/publisher Peter Brant and supermodel Stephanie Seymour have bought a pair of side-by-side townhouses on the Upper East Side for $19.99 million, according to property records. The historic, landmarked homes — at 67 and 69 E. 93rd St. in Carnegie Hill — were on the market for the first time in decades, asking $25 million. They come with striking details like an original Otis elevator, a walk-in silver safe and hidden doors. The majestic mansions were built in 1929 and 1931 for businessman George F. Baker Jr. and designed by the architecture firm Delano & Aldrich. The homes were later owned by investment banker Richard H. Jenrette, the late co-founder of Donaldson, Lufkin & Jenrette, the first New York Stock Exchange member to go public — and a noted preservationist, who died in 2018 at age 89. The listing broker was Joshua Wesoky of Compass. Brant — the polo-playing publisher of Art in America, ARTnews and Interview — and Seymour, one of the original supermodels, tragically lost their beloved son Harry last year. This is not the first time the power couple bought a piece of New York City history. In 2014, they paid $27 million — $2 million over ask — for four-story home in the East Village that had been built in 1921, and where the artist/conductor Walter De Maria lived and worked. That home now serves as The Brant Foundation Art Study Center and Shop. The Upper East Side townhouses — 47 feet wide — are perfectly preserved, with grand details from another era. “The homes have not been touched in 30 years. They need a lot of work, but they are beautiful,” a source said, adding that renovations will “run well into the millions” of dollars. No. 67 opens to a formal entry hall with high ceilings, a wood-burning fireplace and original marble floors. French doors lead to a courtyard that connects to No. 69. There’s also a dramatic round staircase — “one of the most beautiful in Manhattan” brags the listing — and an oval dining room with marble inlay floors, another fireplace and wall niches for sculpture. The second floor, once used for staff, is now a full-floor library and home office — with the original walk-in silver safe. Next door, No. 69 boasts a portico with a wrought iron lantern and a curb cut that leads to apple-green double doors housing the five-car garage. The corner living room has 14-foot ceilings and an “elaborately carved” wood burning fireplace — the room could also connect to the front parlor of No. 67. No word yet on whether the family plans to combine the spreads into mega-mansion. This is not the couple’s only real estate project either. Last April, Brant and Seymour sold their oceanfront Sagaponack estate for $26 million. A year earlier, in 2020, they had bought a $47 million Palm Beach estate from the family of the late Alfred Taubman, the shopping mall mogul and chair of Sotheby’s, who was convicted in an auction house price-fixing scheme. In addition, Brant and Seymour own a 50-acre spread in Greenwich known as Conyers Farm, which is a gated community that Brant developed. It features the Greenwich Polo Club, where the Duke of Sussex — then known as Prince Harry — played in 2013. Past and current residents of Conyers Farm include Tom Cruise, Justin Timberlake and Jessica Biel and filmmaker Ron Howard.