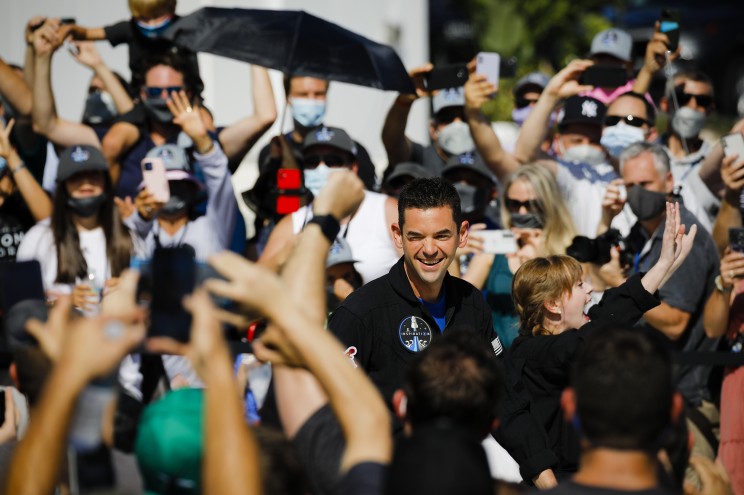 The billionaire who launched on his own SpaceX flight last year is headed back up, aiming for an even higher orbit. Tech entrepreneur Jared Isaacman announced Monday that he will make another private spaceflight launching from NASA’s Kennedy Space Center. It will be the first of three crew SpaceX flights to try out new tech, culminating in the first flight of the company’s new Starship with people on board. Isaacman paid an undisclosed amount for a three-day spaceflight for himself and three others last September. On Monday, Isaacman said that he and Elon Musk’s SpaceX are sharing costs for the upcoming flight but he would not provide details. Plans call for Isaacman and three others, including two SpaceX engineers and a retired Air Force pilot, to blast off aboard a Falcon rocket no earlier than November. They will circle Earth for up to five days, higher than any previous Dragon capsule — the September flight reached more than 350 miles high. This time, SpaceX will be shooting for more than 400 miles in order to pass through part of the Van Allen radiation belts surrounding Earth. They’ll also conduct a spacewalk, using new SpaceX suits, and use Starlink internet satellites launched by SpaceX to test communication from orbit. Last week, Musk showed off the Starship, the tallest and most powerful rocket built. He’s awaiting clearance from the Federal Aviation Administration before launching it from Texas on its first orbital test flight. No one will be on board. With two SpaceX employees assigned to a spaceflight — Sarah Gillis and Anna Menon — the California-based company is, in effect, creating its own astronaut corps. “The first two of what I am sure will be many,” Isaacman tweeted. Menon is married to a former SpaceX flight surgeon who was chosen by NASA in December as an astronaut. The fourth passenger: Scott Poteet, a retired Air Force lieutenant colonel and Thunderbird pilot who served as mission director for Isaacman’s September trip. He’s also worked for Isaacman’s Shift4 Payments company and Draken International, a high-performance aircraft company that Isaacman co-founded.