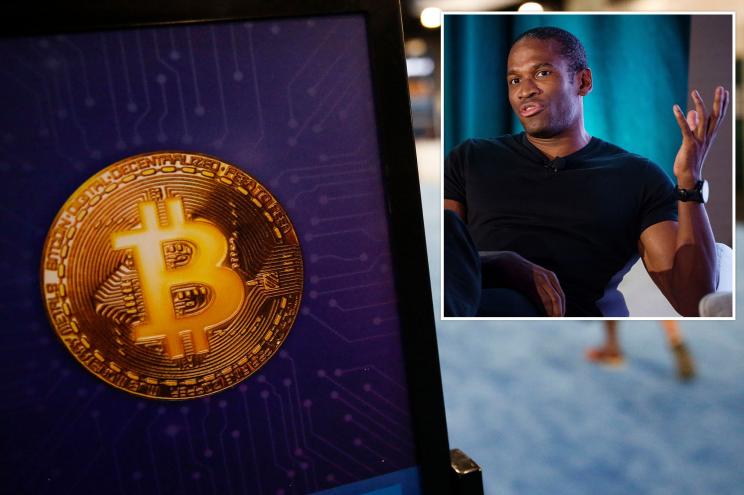 Bitcoin could slump to $30,000 as the era of cheap money comes to a close and investors move cash from speculative assets to safer bets, market watchers suggest. Analysts note that cryptocurrencies are being treated by investors much the same as speculative tech stocks. While the tech-heavy Nasdaq was down nearly 4% last week, crypto appears to be getting hit even harder. In the last 24 hours alone, bitcoin is down more than 6% and ethereum is down more than 8%, according to data from CoinBase. Bitcoin is currently trading above $41,000 and ether is trading above $3,000. “Bitcoin is struggling for direction as Wall Street grows cautious over how aggressive the Fed will be with tightening of monetary policy,” currency expert at broker Oanda Edward Moya said in a research note. “It’s been a rough week for bitcoin which has been hammered by deteriorating risk appetite,” adds Craig Erlam, a market analyst at Oanda. Even some well-known cryptocurrency bulls are raising alarm bells. “This is crypto, and magic internet money corrupts the brain so let me … attempt to sober you up,” BitMEX co-founder Arthur Hayes warned in a blog post Monday. Hayes said he is buying puts on cryptocurrencies, which he expects to crash in June 2022. Hayes predicts bitcoin will slump to $30,000 from its November 2021 high of more than $68,000 and ether will drop to $2,500 from its November 2021 high of more than $4,800. Hayes, who concedes his analysis is largely based on his “gut feeling,” is facing problems of his own. In February, he and his co-founder Benjamin Delo pleaded guilty to charges they failed to implement basic anti-money laundering controls on their platform. The men have yet to be sentenced but could be imprisoned for as much as five years. “Justified or not, the market lumps crypto and big tech in the same cesspool,” Hayes says. He adds a person would have to believe in fairy tales to believe tech stops won’t drop as the market tightens. “If you believe in unicorns, the Loch Ness Monster, and the Easter Bunny, then it is possible that you believe big tech will not suffer due to rising nominal interest rates, worsening global fiat liquidity conditions, and falling economic growth,” Hayes notes. Hayes’ warning comes as investors gear up for multiple rounds of interest rate hikes this year. On Friday, Goldman Sachs Group Inc. chief economist Jan Hatzius said the Federal Reserve may need to raise interest rates to 4% as inflation continues to hit new highs. According to a FactSet estimate, the consumer price index — which will be released tomorrow — will hit 8.4% year over year. In February, the year-over-year CPI was 7.9%.