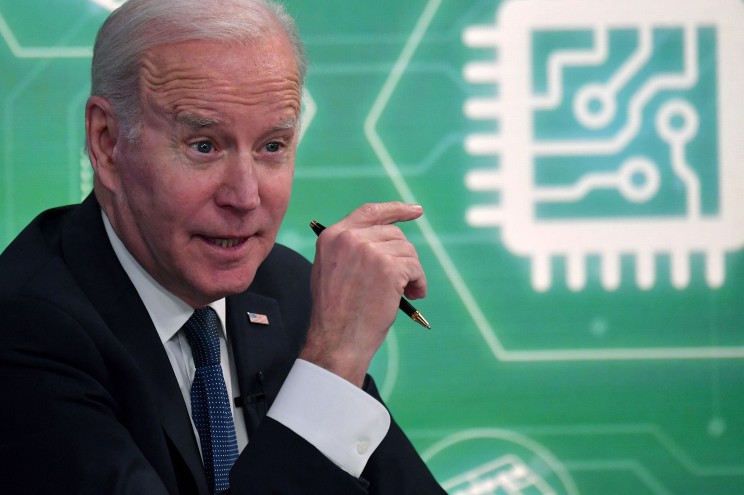 Bitcoin surged by more than 9% on Wednesday after President Joe Biden signed an executive order directing federal agencies to look into regulations for cryptocurrency — a sign the world’s most powerful economy is moving toward embracing digital coins. Treasury Secretary Janet Yellen said the effort would “promote a fairer, more inclusive, and more efficient financial system” while countering illicit finance and preventing risks to financial stability and national security. Biden’s executive order was accidentally leaked prematurely after a statement was posted to the Treasury Department’s website on Tuesday night. The statement, which was dated March 9, was removed. Biden’s executive order is the first time that the federal government has been formally asked to put together a strategy on regulating digital currency. The president wants the Justice Department to look into whether the government needs to legislate a new digital version of the US dollar. Yellen’s leaked statement prompted a sharp rise in the value of bitcoin. The digital currency surged by more than 10% overnight on Tuesday. As of midday Wednesday, one bitcoin was valued at more than $42,100. Cryptocurrency enthusiasts welcomed Biden’s announcement. “Biden’s executive order seems to be reeling back the heavy-handed approach to crypto especially as it seeks to understand how the current financial system may not be meeting the needs of consumers,” Han Kao, the CEO of Sanctor Capital, an early stage crypto investor, told the Post. “Exploring how blockchain technologies and cryptocurrencies can be leveraged throughout financial infrastructure will reduce the overhead on the system as a whole and make transactions, remittances and cross-border payments much more efficient.” As for the Federal Reserve getting involved with digital assets, the central bank issued a paper in January that said a digital currency “would best serve the needs” of the country through a model in which banks or payment firms create accounts or digital wallets. On Tuesday, the Treasury Department said its financial literacy arm would work to develop consumer-friendly materials to help people “make informed choices about digital assets.” “History has shown that, without adequate safeguards, forms of private money have the potential to pose risks to consumers and the financial system,” said Nellie Liang, undersecretary for domestic finance.