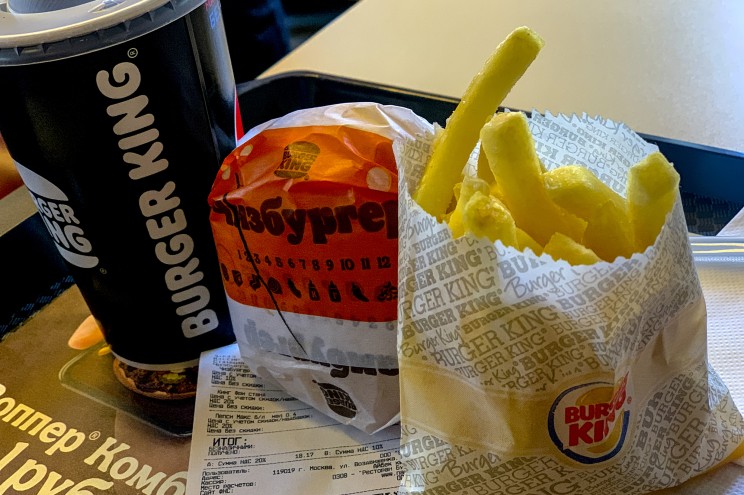 Burger King’s key partner in Russia says he lacks the ability to close approximately 800 stores following the invasion of Ukraine – pushing back on a claim from the fast-food chain’s US corporate leadership that he had “refused” their request to shutter the locations. Russian businessman Alexander Kolobov fired back after Restaurant Brands International President David Shear said in an open letter that the franchisee was resisting a corporate directive to shut down stores. Kolobov now claims he doesn’t have the “authority or power” to unilaterally shut down the 800 stores in response to the invasion, arguing his 30% interest in a joint partnership with Burger King was “far below control” required to take action. RBI holds a 15% minority stake in the venture and is selling off its business interests in Russia following the dispute. “The decision to terminate and suspend operations of the franchisee which employs about 25,000 persons must be taken by all shareholders considering impact it may have on the employees and their families,” Kolobov said in a statement to the BBC. RBI did not immediately return a request for comment on his remarks. RBI’s Shear said the Burger King owner operates in Russia through a joint venture partnership with Kolobov, investment firm Investment Capital Ukraine and VTB Capital, an affiliate of Russia’s VTB Bank. Kolobov’s response contradicted Shear’s stance in the open letter explaining Burger King’s conundrum in Russia. In the lengthy statement, Shear asserted that Kolobov is “responsible for the day-to-day operations and oversight of the ~800 restaurants in Russia.” “We contacted the main operator of the business and demanded the suspension of Burger King restaurant operations in Russia. They have refused to do so,” Shear said. The deal’s terms meant Burger King can’t shut down without Kolobov’s approval or intervention from Russian authorities who has grown increasingly hostile toward Western companies, according to Shear. Shear added that RBI has “suspended all corporate support” for Burger King locations and Russia and plans to donate any proceeds from their partnership, including the sale of its ownership stake, to the United Nations’ refugee agency. “Would we like to suspend all Burger King operations immediately in Russia? Yes. Are we able to enforce a suspension of operations today? No,” Shear added. RBI’s spat with one of its business partnerships highlights the challenges some Western companies have faced while unwinding their operations in Russia in response to the Kremlin’s invasion. Burger King’s fast food rival McDonald’s shut down all of its stores in Russia – only to see a local operator called “Uncle Vanya” file a trademark application with a logo nearly identical to its “golden arches” in an apparent effort to take over its business.