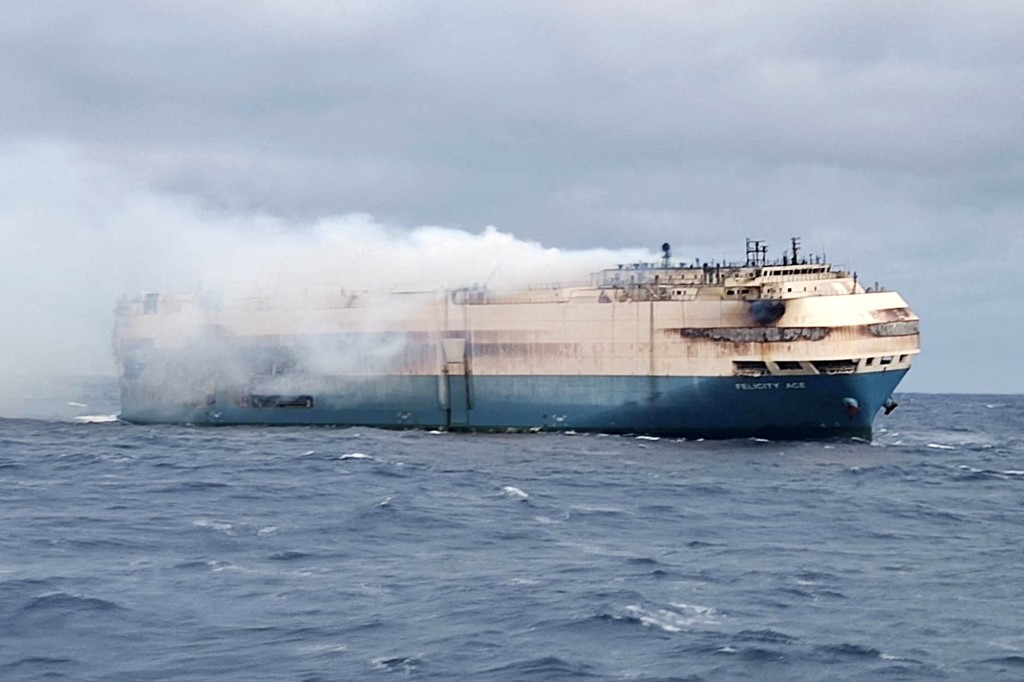 A massive cargo ship carrying 4,000 luxury sports including Lamborghinis, Porsches, Audis, and Bentleys worth an estimated total of $400 million sank off the coast of Europe on Tuesday. The Felicity Ace, a 60,000-ton merchant ship that caught fire on Feb. 17, ran aground about 253 miles from the Azores, a Portuguese archipelago in the mid-Atlantic Ocean. The ship’s owner, MOL Ship Management Singapore Pte Ltd, said that the Panama-flagged vessel sank at around 9am local time. The Felicity Ace started to tilt to one side and take on water after it caught fire. There was no loss of life as all 22 sailors on board the ship were rescued after the fire started last month. There were 3,965 Volkswagen AG vehicles on board, including 1,100 Porches, according to Bloomberg. The ship set sail from Emden, Germany, on Feb. 10 and was headed to Davisville, Rhode Island. Volkswagen’s parent company manufactures its Volkswagen brand, as well as Porsche, Audi, and Lamborghini models, all of which were on board, an internal company email seen by the outlet said. While Volkswagen declined to assess the value of the luxury cars that were lost, an incident insurance group told The Wall Street Journal that it estimates the vehicles were worth around $401 million. Car dealerships in Michigan and Rhode Island fielded calls from nervous customers who followed the news about the ship. One man tweeted that his custom-ordered Porsche Boxster Spyder was on the doomed ship. Base models of the vehicle sell for $100,000. European carmakers declined to discuss how many vehicles and what models were on board, but Porsche customers in the United States were being contacted by their dealers, the company said. “We are already working to replace every car affected by this incident and the first new cars will be built soon,” Angus Fitton, vice president of PR at Porsche Cars North America, Inc., told The Associated Press in an email.