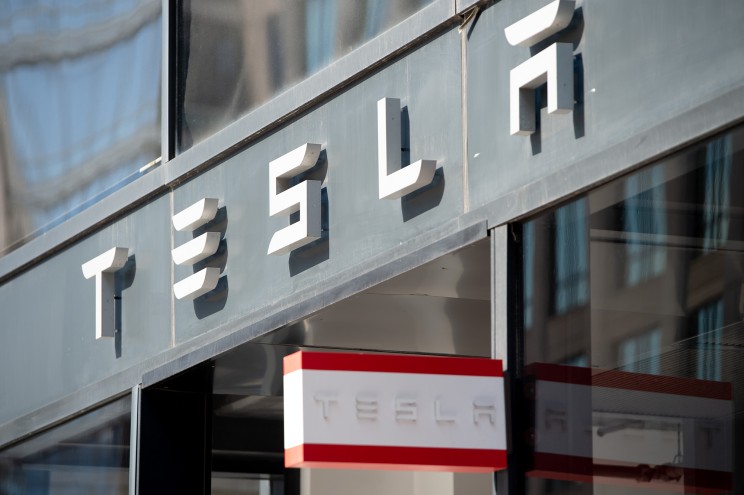 Tesla was sued by the state of California on Wednesday over allegations that it discriminated against black employees and operated a “racially segregated workplace” within its Bay Area flagship factory. California’s Department of Fair Employment and Housing said it filed the lawsuit in Alameda County Superior Court on Wednesday, but the suit — which Tesla called “misguided” — has not yet been made public. The suit includes allegations that Tesla managers, workers and supervisors at its Fremont, California, factory used racial slurs including the N-word, “monkey toes,” “porch monkey” and “hood rat,” according to the Verge. Black employees also allegedly saw racist graffiti throughout the factory, including phrases like “all monkeys work outside,” “fuck [N-words]” and “hang [N-words]” next to a drawing of a noose, the outlet reported, based on a copy of the suit. Managers at the Elon Musk-owned automaker either participated in or overlooked the racial abuse and gave black workers more grueling work while passing them over for promotions, the suit claims, according to the Verge report. In a statement to multiple news outlets, California Department of Fair Employment and Housing chief Kevin Kish said the suit was based on complaints from hundreds of Tesla workers. “[We] found evidence that Tesla’s Fremont factory is a racially segregated workplace where Black workers are subjected to racial slurs and discriminated against in job assignments, discipline, pay, and promotion creating a hostile work environment,” Kish said. The California agency didn’t return multiple requests for comment from The Post. Tesla called the suit “misguided” in a blog post published on Wednesday before news of the suit was made public. “Tesla strongly opposes all forms of discrimination and harassment and has a dedicated Employee Relations team that responds to and investigates all complaints,” the company said, adding that the alleged misconduct occurred from 2015 to 2019. “Tesla is also the last remaining automobile manufacturer in California,” the company added. “Yet, at a time when manufacturing jobs are leaving California, the DFEH has decided to sue Tesla instead of constructively working with us. This is both unfair and counterproductive, especially because the allegations focus on events from years ago.” News of the suit comes months after Tesla was ordered to pay a whopping $137 million to a black former contractor named Owen Diaz who said he suffered racist abuse at the Fremont factory in 2015 and 2016. Diaz’s lawsuit against Tesla contained some material that overlaps with California’s suit, including allegations of racist graffiti and use of the N-word. “Tesla’s progressive image was a façade papering over its regressive, demeaning treatment of African-American employees,” Diaz’s lawsuit read.