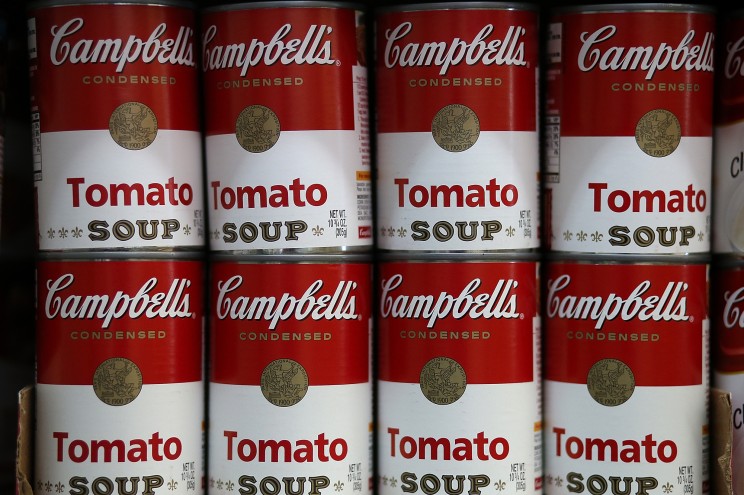 Campbell Soup fell short of market expectations for quarterly revenue on Wednesday, in a sign that demand for its sauces and broths is slowing from the pandemic-led surge. With the COVID-19 pandemic shutting restaurants across the world, packaged food makers benefited from customers stockpiling at home on frozen meals, snacks, sauces and soups. However, consumers are now returning to restaurants and former food-ordering habits, which has hit demand for Campbell’s products in recent months. The company’s organic sales were down 2% in the quarter, as it also wrestled with industry-wide supply chain shortfalls and labor shortages “Our second quarter was challenging as we lapped a difficult comparison and navigated labor and supply constraints, made even tougher by the Omicron surge,” Campbell Chief Executive Mark Clouse said. Net sales fell to $2.21 billion in the second quarter ended Jan. 30, from $2.28 billion a year earlier. Analysts on average had expected $2.24 billion, according to Refinitiv IBES. Net earnings attributable to the company fell to $212 million, or 70 cents per share, from $245 million, or 80 cents per share, a year earlier. However, Camden, New Jersey-based Campbell maintained full-year profit targets largely above expectations, and shares rose as much as 4% to $43.98 on the news. Clouse predicted gross margins, which fell to 30.3% from 34.4% the previous year, would recover through the rest of the year on improved staffing including 3,500 new workers in the last seven months. “We now see absenteeism and vacancy rates trending back to normal levels. This is translating to more production and the beginning of a return to normal distribution and inventory levels,” he said. Campbell — known for Swanson broth, Goldfish crackers and Pepperidge Farm cookies — said benefits from recent price changes will be reflected in the current quarter with improved profits coming despite higher inflation than previously expected.