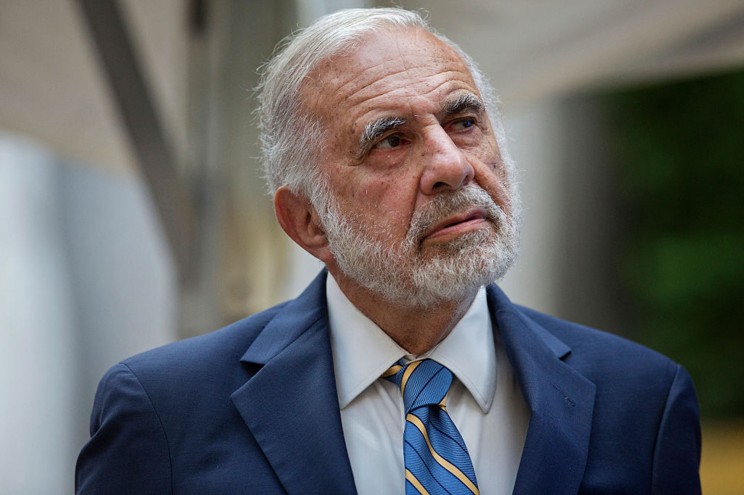 Billionaire corporate raider Carl Icahn is demanding that McDonald’s stop doing business with pork producers who use gestation crates to confine pregnant swine, according to a report. Spurred on by his vegetarian daughter, Icahn has taken up the cause of animal welfare after getting involved with the Humane Society, according to The Wall Street Journal. The nonprofit was having difficulty getting McDonald’s to cease doing business with companies who use small, metal cages that are so limited in space that pregnant sows can’t even turn around, according to animal rights groups, which consider the practice inhumane. So it enlisted Icahn in the cause, according to the Journal. For more than 50 years, hog farmers have been using gestation crates to confine individual pregnant sows and gilts because some of the animals become aggressive toward others. During the four-month duration of her pregnancy, a sow is kept caged inside a two-and-a-half-by-seven foot stall. The sow then gives birth to a litter of piglets before she is returned to the crate a month later, when she is impregnated again. Hog farmers, who say the confinement is necessary since it allows them to monitor the animals’ health and feed, repeat the cycle for three-to-four years until the sow’s production drops off. She is then slaughtered to make sausage. Several states have banned pig breeders from using gestation crates and large pork producers and food service providers have pledged to phase out their use as public pressure has grown on factory farms to allow for greater animal movement. McDonald’s said in a statement it has maintained an active dialogue with Icahn about its goal of creating a US supply chain free of gestational stalls for confirmed pregnant sows. It had previously expected to source pork only from suppliers that do not use gestation stalls for housing pregnant sow by the end of 2022. On Tuesday, it said it would reach its goal by the end of 2024. “Industry-wide challenges for farmers and producers — including the impacts of global swine disease outbreaks and the COVID-19 pandemic — have delayed our producers ability to meet our 2012 pork commitment on our original timeline,” McDonald’s said. In 2012, McDonald’s publicly pledged that it would “require its US pork suppliers to outline their plans to phase out the use of sow gestation stalls.” Icahn, the activist investor whose net worth has been valued at Forbes at around $16.8 billion, also threatened a proxy fight for representation on the board of McDonald’s. Although Ichan is noted for taking big stakes in companies and then pressing for change, he owns only 100 shares in the Golden Arches, according to the WSJ — or about $26,000 worth. In this case, he appears to be using his sway more so than his pocketbook. Icahn, who turns 86 next week, takes large stakes in companies before pressuring management to make changes he believes will benefit shareholders. McDonald’s is in talks with advisers to shield itself if he launches a campaign, the Journal reported. Last fall, Icahn tried to gain control of Southwest Gas Holdings’ board and replace its chief executive.