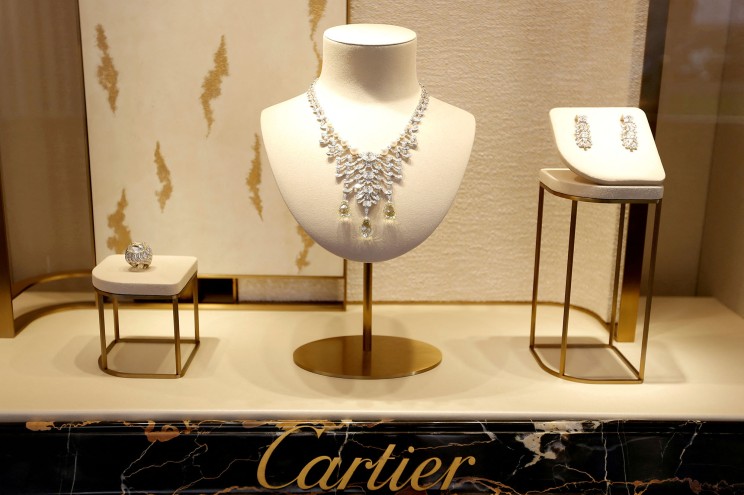 Two of the world’s most well-known luxury jewelry brands are set for a legal battle – with Cartier filing suit against Tiffany & Co. on Monday over claims that its rival stole trade secrets about a high-end product line by hiring one of its former employees. Filed in New York state court, Cartier’s complaint detailed an episode in which Tiffany’s upper management allegedly sought to address “disarray” in its high-end jewelry division by hiring one of Cartier’s junior managers for a position she was not qualified to fill – a move the plaintiff said was solely motivated by a desire for information about Cartier’s “High Jewelry” collection. The complaint alleges that the employee, identified as Megan Marino, forwarded confidential information about Cartier’s High Jewelry collection to her personal email days before she resigned from the company. After she was hired by Tiffany & Co., Marino purportedly provided the information to executives at her new employer. “Plaintiff Cartier has not only uncovered direct evidence of a former employee’s unlawful taking of Cartier’s valuable confidential information and trade secrets, but through determined investigation Cartier has also opened a window into Tiffany’s disturbing culture of misappropriating competitive information,” attorneys for Cartier said in a court filing. In an affidavit attached to the complaint, Marino admitted to forwarding confidential information about Cartier’s operation, including pricing information and internal presentations about the High Jewelry collection, to her personal email. The information was later provided to her manager at Tiffany. Marino said she received a job offer from Tiffany that included “a salary that was about 30% higher than my salary with Cartier, a sign on bonus, and a discretionary bonus opportunity, among other things” – despite what she described as a “lack of experience” needed for the role. Tiffany fired Marino in February – just weeks after she started at the company – after Cartier informed its rival about her conduct. Marino added that she believed Tiffany management was “more interested in hiring me as a source of information than as a High Jewelry manager.” Cartier is seeking damages, as well as an injunction requiring Tiffany to refrain from using the confidential information. “Cartier fully respects the rights of competitors to pursue their commercial objectives. In this case, however, Tiffany’s commercial ambition crossed the line between the ordinary course of business and unfair competition,” Cartier said in a statement on the lawsuit. Tiffany pushed back on the allegations contained in the lawsuit. “We deny the baseless allegations and will vigorously defend ourselves,” the company said in a statement, according to Reuters. With Post wires