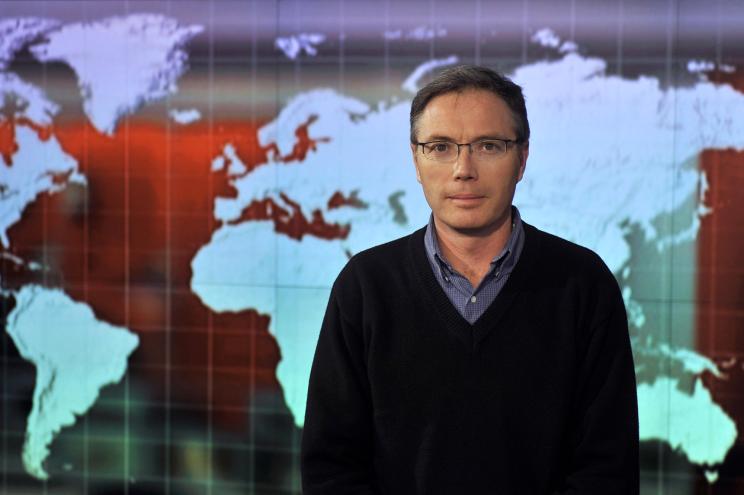 CBS News has tapped BBC head of foreign news Andrew Roy to replace longtime London bureau chief Andy Clarke, who quit in February following a dispute with management over rescuing Afghan journalists last year. Roy comes to CBS News after 34 years with the BBC as a producer and news exec, who most recently oversaw international news coverage for the network. He succeeds Clarke, who left CBS News after clashing with network co-president Neeraj Khemlani after multiple disagreements over rescuing Afghan journalists and fixers who worked for CBS in Afghanistan. As exclusively reported by The Post, Clarke and Khemlani had been haggling over a $750,000 sum that Clarke needed to get the Afghans out. The haggling over the funds with his penny-pinching boss, Khemlani, was the last straw for the editor — who quit. CBS declined to comment on the figure at the time, but told The Post: “There have been no cuts to resources or requests denied out of Afghanistan. We are in investment mode. Whether it’s growing the number of employees, which is up year-over-year, or creating more inventory across our shows for international reporting, or working with an outside firm to build a tech solution that will help our newsgathering.” News of Clarke’s exit brought about an outpouring of support for the journalist, who worked at the Tiffany network for 38 years, and had become a trusted leader and mentor to foreign correspondents. Clarke didn’t hide his distaste for Khemlani at his going away party in March, as reported by The Post. During the shindig at London’s posh Reform Club, where roughly 100 colleagues attended, Clarke gave a speech, saying he resigned because the news bureau needed a head “who respected the leader of the organization.” Days earlier, Clarke circulated a goodbye memo to staff, and received a slew of emails that were sent to the entire company in response from anchors like Vladamir Duthiers, who called Clarke one of his “journalism heroes.” As for Roy, he will pick up the reins as vice president and London bureau chief on May 3 and report to Ingrid Ciprian-Matthews, executive vice president for newsgathering for CBS News, with whom Roy worked during the formation of an editorial partnership between CBS News and BBC. “CBS News is a network that I’ve worked alongside, partnered with and admired for a very long time,” said Roy. “CBS News has an industry-leading commitment to on-the-ground international news coverage. I’m very delighted to be joining the London bureau and the international news team at this time.”