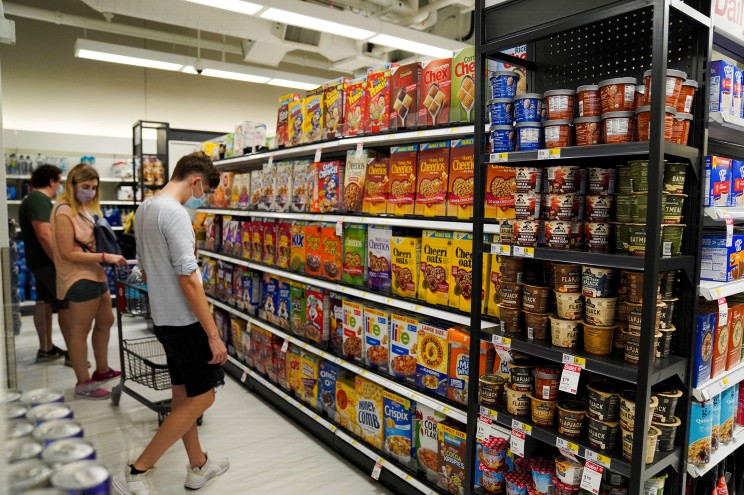 The vast majority of corporate bosses worry surging inflation will continue to hamper the US economy this year even if the feds take aggressive action to address the problem, according to a survey of CEOs published this week. Nearly 75% of CEOs polled by the Conference Board said the Federal Reserve’s expected move to hike interest rates multiple times this year was unlikely to quickly cool inflation — which surged to a fresh four-decade high of 7.5% in January. The grim inflation outlook will lead to more pain for American shoppers. Some 27% of CEOs expect to raise prices within the next six months to address higher labor and transportation costs, while 45% plan to pass along costs within the next six to 12 months. “CEOs are preparing for supply constraints and wage inflation to persist well into this year and potentially beyond,” said Roger W. Ferguson Jr., a Conference Board trustee and former Fed vice chair. “While interest rate hikes should help dampen inflation, few are expecting prices to stabilize rapidly. As a result, a vast majority of CEOs still foresee a need to pass along rising costs to consumers over the next 12 months,” Ferguson added. The 7.5% jump in January’s Consumer Price Index — a key inflation gauge — was even more than economists expected and indicative of the challenge the Federal Reserve faces in the coming months. The central bank has signaled a rate hike in March, with several more expected throughout the year as the Fed attempts to prevent inflation from becoming entrenched. Several major companies, including McDonald’s and Starbucks, have already raised prices to offset their higher costs. Businesses are contending with supply chain disruptions, a nationwide labor shortage and rampant shipping delays. The Conference Board’s CEO Confidence index fell by eight points to 57 in the first quarter of 2022, marking the third straight quarterly decline. Just half of CEOs said they expect the economic outlook to improve over the next six months, down from 61% who had a positive view the previous month.