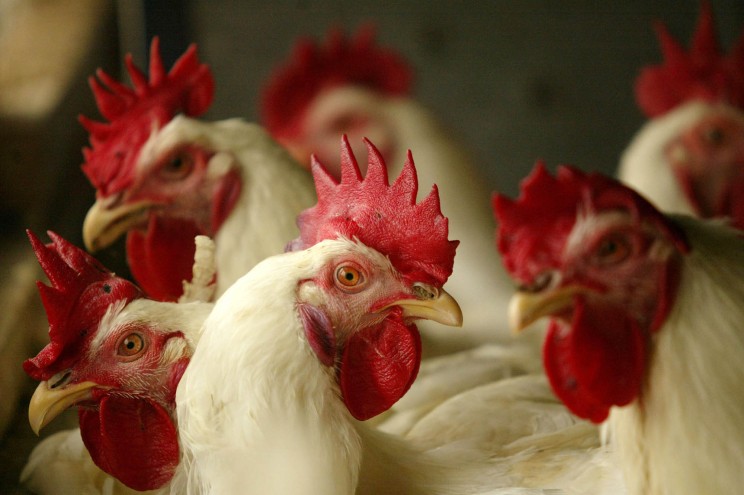 US poultry producers are tightening safety measures for their flocks as disease experts warn that wild birds are likely spreading a highly lethal form of avian flu across the country. Indiana on Wednesday reported highly pathogenic bird flu on a commercial turkey farm, leading China, South Korea and Mexico to ban poultry imports from the state. The outbreak put the US industry on edge at a time that labor shortages are fueling food inflation. The disease is already widespread in Europe and affecting Africa, Asia and Canada, but the outbreak in Indiana, which is on a migratory bird pathway, particularly rattled U.S. producers. A devastating US bird-flu outbreak in 2015 killed nearly 50 million birds, mostly turkeys and egg-laying chickens in the Midwest. The United States is the world’s largest producer and second-largest exporter of poultry meat, according to the U.S. government. “Everyone is just sitting on edge because we know what can happen and we don’t want a repeat of that,” said Denise Heard, vice president of research for the U.S. Poultry & Egg Association, an industry group. Poultry company Perdue suspended in-person visits to farms to avoid spreading the disease, spokeswoman Diana Souder said. Iowa’s Agriculture Secretary Mike Naig said a confirmed case in the country meant heightened risk for all. “It’s time to move to a higher alert for our livestock producers,” Naig said. Disease experts said a wild bird likely spread the H5N1 virus, which can be transmitted to humans, to Indiana from the East Coast, where officials have confirmed that wild ducks were infected with the strain. The U.S. Agriculture Department called the disease low risk to people. What US poultry producers are doing to safeguard against bird flu Tyson Foods Inc heightened biosecurity measures in its East Coast facilities after the wild bird infections, the company said on an earnings call on Monday. It said it reduced the number of trips to farms and started taking more time to clean vehicles. Wild birds from the East Coast may have mixed with those that fly through a migratory path called the Mississippi Flyway that includes Indiana and major poultry-producing states, such as Mississippi and Alabama, experts said. To better track the disease, the U.S. Agriculture Department said on Friday it will expand monitoring of wild birds to the Mississippi Flyway and another migratory pathway, the Central Flyway, that includes Texas and Nebraska. “It’s very likely that it can be all over the states – from the East Coast to the West Coast,” Heard said. Other commercial poultry flocks may become infected as wild birds traverse flyways, though producers have improved safety measures since 2015, said Carol Cardona, an avian health professor at the University of Minnesota. In one key change, farms often require people who enter poultry barns to change their boots and clothing so they do not bring in contaminated materials like feces or feathers. “We recognize that the virus could be right outside the door,” Cardona said. There have been more than 700 outbreaks of bird flu in Europe, with more than 20 countries affected since October 2021. Tens of millions of birds have been culled. Britain’s government reported that the country was suffering its worst-ever bird flu season, while Italy has the highest number of outbreaks at more than 300. Hungary, Poland and France have also recorded significant numbers of cases. The disease hit the United States at a time when poultry supplies are down due to strong demand and labor shortages at meat plants during to the COVID-19 pandemic. Government data showed U.S. frozen chicken supplies were down 14% from a year ago at the end of December while turkey inventories were down 23%. In Indiana, officials are testing poultry farms in a 10-kilometer control area around the infected farm in Dubois County. The state said on Thursday that all tests were negative but that testing will continue on a weekly basis. Those negative tests have not relaxed James Watson, the state veterinarian in Mississippi, the fifth-biggest chicken-meat-producing state. He said wild ducks will likely continue to spread the virus until warmer weather sends them to northern breeding grounds. “Even if they resolve this with no other issues, we’re still going to be on high alert,” Watson said.