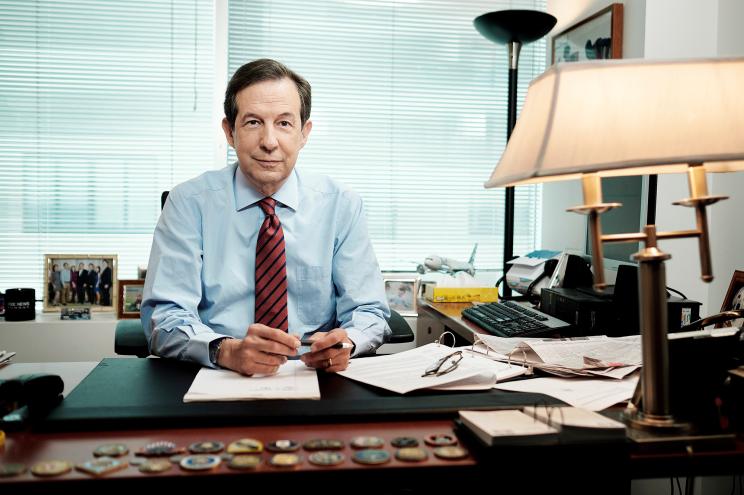 Veteran news anchor Chris Wallace broke his silence about the abrupt collapse of the CNN+ streaming service – revealing his future role at the left-leaning network is unclear once the platform is shuttered. Wallace’s interview show, “Who’s Talking to Chris Wallace?” is one of several programs that will cease airing when CNN+ officially shuts down on Saturday – roughly one month after the doomed service debuted to great internal fanfare. When asked about his future during a live-streamed event hosted by the Common Ground Committee on Sunday night, Wallace acknowledged that he doesn’t yet have any news to share. “I am going to be fine. I’m in good shape, whether it’s at CNN or someplace else. Frankly, what I’m mostly concerned about right now – and very – is my team and hundreds of other people.” Wallace said. “There were 300 people, I think, that had jobs at CNN+. Some of them had left CNN to go to streaming, some of them had left other places, moved across the country, and so I think you’re seeing a lot of the anchors at CNN+ doing everything they can to protect the people that were working on their team,” he added. Warner Bros. Discovery laid off roughly 300 junior CNN+ staffers as part of cost-cutting measures after the $5.99 per-month service produced dismal results at launch. Wallace was one of the most prominent journalists attached to the service, which he joined after 18 years at Fox News. While former top brass such as ousted ex-president Jeff Zucker and WarnerMedia CEO Jason Kilar felt the news streaming service’s launch was part of a necessary “wave of the future,” Wallace said his new bosses have “come to the conclusion that having a narrow, niche product like a news streaming service doesn’t work.” “I have absolutely no idea which is right and which is wrong, but the Discovery people are in charge and so they’ve made the decision,” Wallace added. Zucker’s replacement, newly installed CNN President Chris Licht reportedly described it as “a uniquely sh-tty situation” during a meeting with 400 employees at the network’s New York offices last week. As The Post reported last week, insiders felt CNN had “overspent on talent” to support the streaming platform – including giving Wallace a $9 million per year deal. Wallace and other top talent impacted by the decision to shutter CNN+ are expected to be reassigned within the network or the broader Warner Bros. Discovery media conglomerate. Wallace has been floated as a potential replacement for ex-anchor Chris Cuomo in CNN’s 9 p.m. time slot.