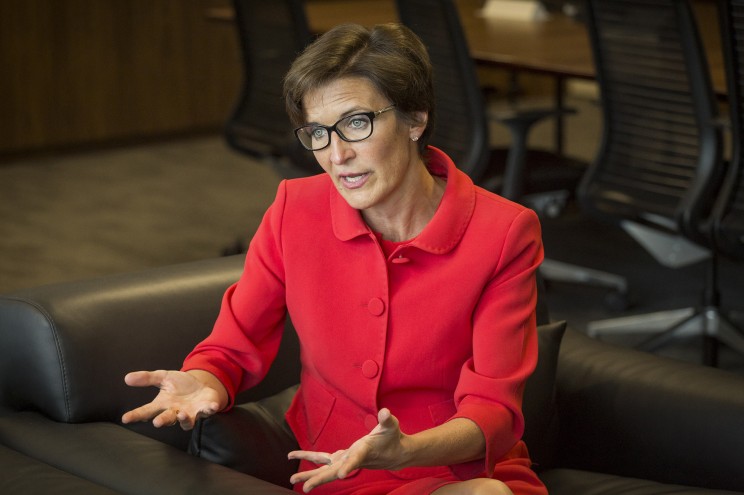 Citigroup Chief Executive Jane Fraser will take home total compensation of $22.5 million for 2021 — a nearly 32% increase from the previous year, the bank said Monday. Fraser was Citi’s president and head of the consumer business for the 2020 pay period. She’s the first female CEO of a major US bank. Citigroup directors cited Fraser’s ability to establish a clear set of priorities aimed at increasing long-term shareholder value among the reasons behind the compensation. The Scottish-born Fraser has been with Citi since 2004 and currently oversees the bank’s massive global consumer banking operation. Before joining Citi, she was a partner at McKinsey & Co. Fraser formally took the helm at Citi last February after being named as Mike Corbat’s successor in 2020. She has been tasked with simplifying the bank’s structure and getting its profitability on par with rivals. Fraser was paid $17.1 million for 2020. Citi had slashed Corbat’s pay by 21% to $19 million for his final year in the job as the pandemic hit the bank’s profits and shortcomings emerged in its risk controls. Fraser’s compensation is less than that previously announced for more experienced CEOs of other big banks, which are more profitable. JPMorgan Chase & Co head Jamie Dimon is receiving $34.5 million for 2021. Goldman Sachs Group Inc CEO David Solomon and Morgan Stanley CEO James Gorman are both getting $35 million, while Brian Moynihan, CEO of Bank of America Corp, is receiving $32 million.