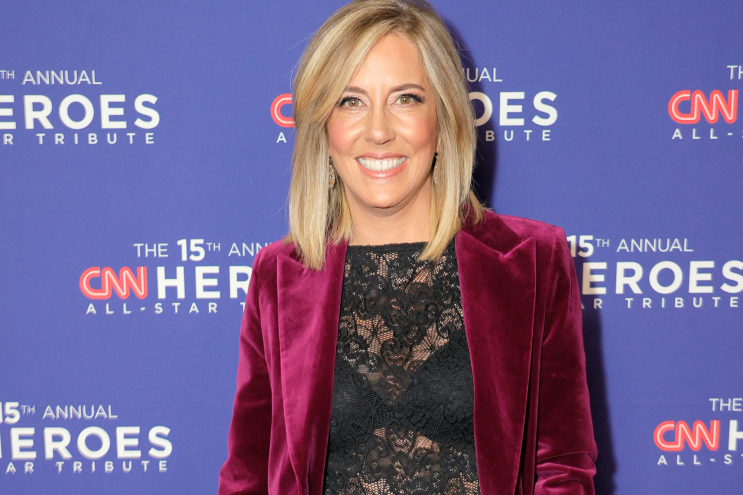 CNN anchor Alisyn Camerota offered a fierce defense of Jeff Zucker following his bombshell resignation from the helm of the news network, saying his surprise exit over his relationship with a subordinate felt “wrong.” Camerota made the comments just hours after Zucker stepped down on Wednesday after admitting he failed to properly disclose a romantic relationship with a co-worker – later identified as as CNN’s executive vice president and chief marketing officer, Allison Gollust. “I just think it’s so regrettable how it happened. If what you’re reporting is true, these are two consenting adults who are both executives,” Camerota said while addressing CNN media reporter Brian Stelter. “That they can’t have a private relationship feels wrong.” WarnerMedia CEO Jason Kilar tapped three longtime CNN executives – Michael Bass, Amy Entelis and Ken Jautz – to serve as interim co-heads of the network until the company’s pending merger with Discovery is complete. Camerota described Zucker as a “visionary leader” at CNN during his time as the network’s president. “Jeff is a remarkable person and an incredible leader,” Camerota said. “He has this uncanny ability to make, I think, every one of us feel special and valuable in our own way, even though he is managing an international news organization of thousands of people.” “I just know he had this unique ability to make us feel special. I don’t think that comes around all the time and I think, again, it’s an incredible loss,” she added. Stelter linked Zucker’s surprise exit with an ongoing legal fight between CNN and former anchor Chris Cuomo, who was fired last year after revelations that he helped his brother, former New York Gov. Andrew Cuomo, prepare his response to sexual harassment allegations. Stelter noted that Cuomo is “not going out quietly.” He described the downfall of former New York governor, his brother’s dismissal from CNN and Zucker’s resignation as “a remarkable domino effect.” The Post reported that AT&T, the parent company of WarnerMedia, forced Zucker to resign to bolster its case against Chris Cuomo, who is seeking a hefty payout. Zucker first informed CNN employees of his immediate resignation in a memo Wednesday morning. “As part of the investigation into Chris Cuomo’s tenure at CNN, I was asked about a consensual relationship with my closest colleague, someone I have worked with for more than 20 years,” Zucker told employees in the memo. “I acknowledged the relationship evolved in recent years. I was required to disclose it when it began but I didn’t. I was wrong. As a result, I am resigning today.”