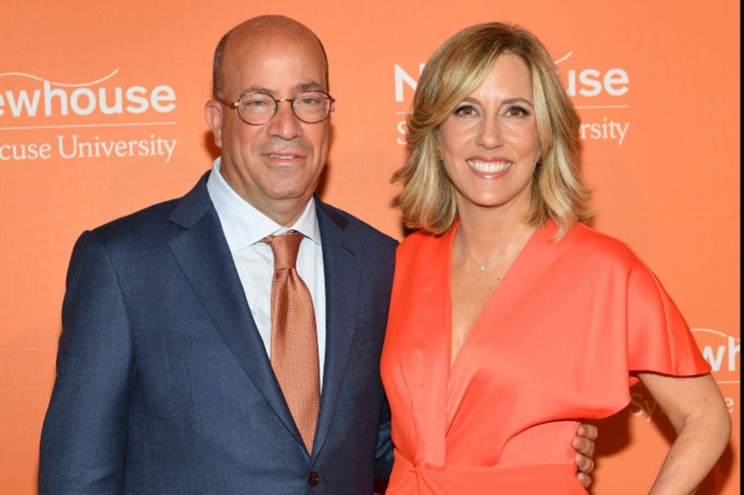 Top CNN personalities still haven’t gotten over Jeff Zucker’s bombshell resignation as president of the left-leaning network — with many complaining that their bosses still haven’t given them a clear explanation for the shakeup. At a virtual Q&A session on Monday with Jason Kilar, the CEO of CNN’s parent company WarnerMedia, CNN anchor Alisyn Camerota, who has publicly defended Zucker since he stepped down last week, reportedly described Zucker’s exit as a “huge shockwave to all of our mental health.” “This has been incredibly destabilizing and unsettling,” Camerota said, according to a recording of the meeting obtained by Puck News. “One of the secrets to mental health is understanding, and the way that happens is getting some answers and some closure. And we don’t have that. We don’t understand why the death penalty was necessary.” Zucker resigned last week after acknowledging that he failed to disclose a romantic relationship with Allison Gollust, CNN’s chief marketing officer. His resignation occurred ahead of a pending merger between WarnerMedia and Discovery and raised fresh concerns about CNN’s outlook. During the latest meeting with staffers, Kilar said he considered “the matter of Jeff’s resignation closed” and would not discuss further details, according to the report. Longtime CNN International anchor Richard Quest purportedly questioned WarnerMedia’s handling of the situation, asking Kilar if executives could have reached “a more imaginative result that would have allowed you to keep the captain instead of throwing the captain overboard while the ship is about to go through icebergs.” CNN senior vice president of programming Jim Murphy asked whether the network’s handling of Zucker’s exit was too harsh given the circumstances. “That’s why I think so many of us are so stunned by how quickly and suddenly this happened, and how ungrateful it appears to Jeff after all of the great work that he did,” Murphy said. Zucker said his failure to disclose the relationship surfaced during CNN’s internal investigation into the conduct of former anchor Chris Cuomo, who was fired last year after he was found to have aided his brother, former New York Gov. Andrew Cuomo, in his response to alllegations of sexual misconduct. The Post previously reported Zucker resigned to prevent Cuomo’s lawsuit against CNN from seeing the light of day. Cuomo is seeking an $18 million settlement from CNN following his dismissal, though he is unlikely to receive more than half of that sum. Last week, The Post also reported that Zucker and his and Gollust had an inappropriately close friendship with former Gov. Cuomo — personally calling him to do news segments with his brother and even coaching him on what to say during his infamous COVID briefings. Chris Cuomo’s role in Zucker’s exit arose during Kilar’s virtual meeting with staffers, with anchor Don Lemon among those who pressed the CEO for more details. Kilar reportedly dodged questions from Lemon and CNN media reporter Oliver Darcy on whether Chris Cuomo would receive severance. “Did you think about what message it sends to the journalists in this company, and also to the larger company, that someone can break with those journalistic standards and get paid handsomely for it,” Lemon asked, according to Puck News. “And what is to stop the next person from doing the same thing, and possibly getting compensated for it by saying, ‘Hey, I’m going to spread rumors if you don’t give me this amount of money,’” he added. CNN’s Jake Tapper called out Cuomo’s role during a previous meeting with Kilar, asking the CEO to address the “perception” that Zucker’s refusal to pay out severance was the reason he lost his job. Three senior CNN executives are serving as interim co-heads of the network following Zucker’s resignation. Discovery CEO David Zaslav is expected to name a permanent replacement once the merger closes later this year.