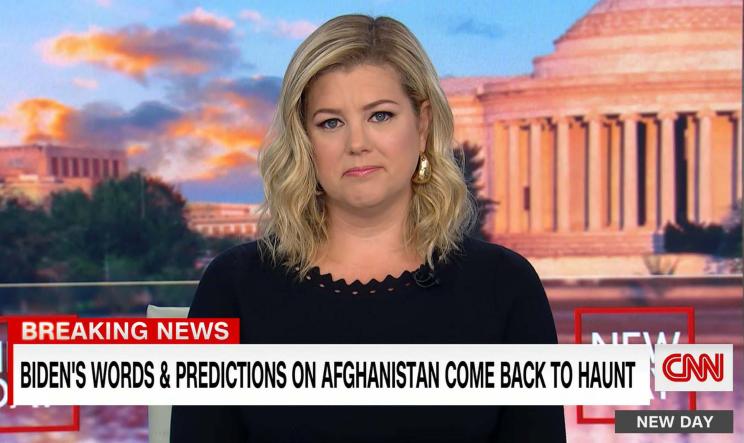 CNN’s new boss Chris Licht is fed up with the network’s excessive use of the “breaking news” banner on its reports, according to a memo he circulated to staff. Licht addressed the overuse of “breaking news” across the cable network as he shifts CNN away from the opinion-based programming pushed by his predecessor, Jeff Zucker. “We are truth-tellers, focused on informing, not alarming our viewers,” Licht said a memo, which was obtained by Axios on Thursday. The exec said he agreed with complaints from “people both inside and outside the organization” that the network overuses the “Breaking News” banner, even though it has become a “fixture” in cable news. CNN bureau chief Sam Feist has led a team in creating a new stylebook that provides guidelines for when to flash “Breaking News,” the memo said. “You’ve already seen far less of the ‘Breaking News’ banner across our programming,” Licht wrote, adding that the network is still tweaking the guidelines but will use the term only when “something BIG is happening.” The move to change CNN’s tone comes directly from David Zaslav, the CEO of CNN parent Warner Bros. Discovery. Zaslav said recently during a town hall meeting that CNN needs to be about truth and facts. “If we get that, we can have a civilized society,” Zaslav said at the time. “And without it, if it all becomes advocacy, we don’t have a civilized society.” CNN has been under a microscope for much of the year over its mishandling of high-profile scandals under former boss Zucker. Chief among them was Zucker’s handling of CNN anchor Chris Cuomo, whom he fired in December. The anchor was found to be secretly aiding the defense of his embattled older brother, former New York Gov. Andrew Cuomo, over sexual harassment allegations that resulted in his resignation. Soon after, Zucker resigned in February, citing a romantic relationship with a colleague. The imbroglio caused an uproar among CNN staffers, who were angry about Zucker’s exit and the thought that Cuomo would get a massive severance package, despite breaking journalistic standards related to coverage of his brother. But even before that, billionaire media mogul John Malone — a close confidant of Zaslav — and a board member of the combined company, criticized CNN for its slanted coverage. “I would like to see CNN evolve back to the kind of journalism that it started with, and actually have journalists, which would be unique and refreshing,” Malone said during a CNBC interview last November. “I do believe good journalism could have a role in this future portfolio that Discovery-TimeWarner’s going to represent.”