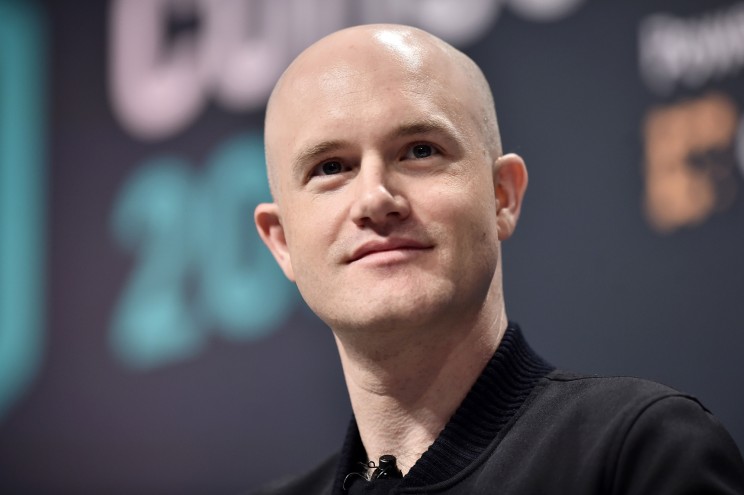 The boss of crypto platform Coinbase was in hot water this week after he gave his company credit for coming up with its viral Super Bowl commercial – only for an ad agency to reveal that they pitched the idea months earlier. The backlash against Coinbase CEO Brian Armstrong stemmed from a lengthy Twitter thread in which he bragged about the Super Bowl ad, which featured a floating QR code that drove viewers to the company’s website. In his tweets, Armstrong initially suggested that Coinbase developed the commercial in-house because he “didn’t like” pitches provided by an outside agency, whose concepts were “standard super bowl ad ideas.” The executive claimed Coinbase brainstormed ideas and eventually landed on the QR code concept – which he said came together at the “last minute.” “I guess if there is a lesson here it is that constraints breed creativity, and that as founders you can empower your team to break the rules on marketing because you’re not trying to impress your peers at AdWeek or wherever. No ad agency would have done this ad,” Armstrong boasted. Not everyone was thrilled with the Coinbase CEO’s victory lap. Armstrong’s tweets drew a sharp response from Martin Agency CEO Kristen Cavallo, who wrote back that her team had originally pitched the idea for the commercial to Coinbase in meeting that dated back to last August. “It was actually inspired by presentations our agency showed your team on 8/18 (pages 19-24) and 10/7 (pages 11-18) with ad concepts for the Super Bowl with floating QR codes on a blank screen,” Cavallo said in the now-viral tweet. Coinbase had previously credited another agency, Accenture Interactive, as the creative force behind the Super Bowl, AdWeek reported. Armstrong’s tweets did not credit Accenture Interactive or Martin Agency. Cavallo later expanded on her reasons for calling out Armstrong in a LinkedIn post. “My tweet wasn’t about IP or credit; I understand multiple agencies can arrive at a similar idea. I objected to the dismissive tone of the thread and the denigration of ad agencies. I felt compelled to respond to the bravado of “No agency would have done this ad,” because in fact, an agency did,” she wrote. Coinbase’s chief marketing officer, Kate Rouch, eventually replied to Cavallo’s tweet, acknowledging that ad agencies were involved in developing the concept. However, she pushed back on the notion that the idea was taken from Martin Agency. “The Coinbase team and I deeply value our partners. The fit with our creative partner Accenture Interactive (AI) was seamless – so much to that extent our CEO actually thought we were a single team when presenting work,” Rouch wrote. 5/5: Breaking up is hard to do. I wish the team at The Martin Agency all the best.— Kate Rouch (@kate_rouch) February 22, 2022 “Multiple agencies – including The Martin Agency – pitched us ideas that included QR codes for several different campaigns. However none of the ideas from any of our partners were conceptually what we were looking for and remained on the cutting room floor,” Rouch added. Armstrong also addressed the situation with a 12th and final tweet, acknowledging Coinbase worked with a “creative firm.” “Although we didn’t work with a traditional ad agency I’d be remiss not to mention the creative firm we worked with who actually created the ad, commissioned the song, got the clearances etc etc. Honestly, felt like we were all one team so I didn’t fully realize it, thank you!” he said. The Coinbase commercial generated significant buzz during and after the Super Bowl. The QR code led viewers to a landing page with an offer for $15 in free bitcoin if they signed up for Coinbase by Feb. 15. Coinbase’s chief product officer said the platform was forced to temporarily throttle traffic to the site due to the surge in activity.