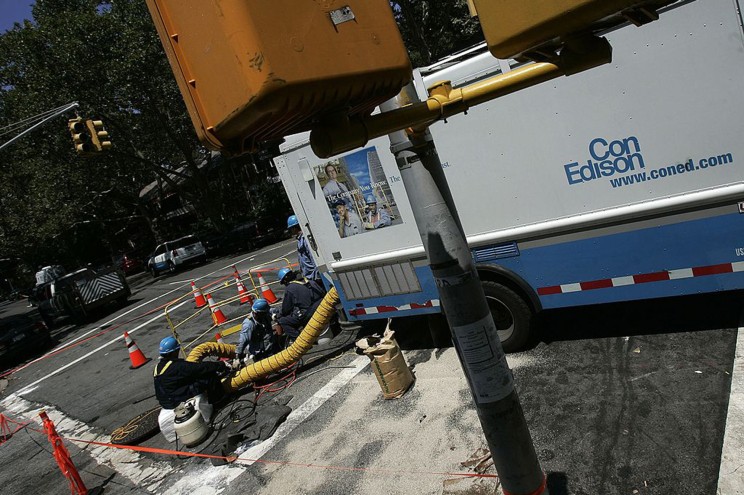 New Yorkers could be in for a shock when they get a glance at their utility bills next year. Con Edison is asking state regulators for permission to hike residents’ electric bills by 11.2%, while gas would cost a whopping 18.2% more starting in 2023. The company says that the hikes are necessary in order to fund “investments in clean energy, as well as infrastructure upgrades that will help keep customers in service during severe weather,” according to a statement Con Ed gave to The Post. The new rates were submitted as part of the company’s proposal to the New York State Public Service Commission. ConEd, which supplies electricity, natural gas, and steam to 3.5 million customers in New York City and Westchester County, will ask customers to pay more so that it could use an additional $1.2 billion in revenue to upgrade its electric delivery system and $500 million more to improve its gas distribution. ConEd says it plans to invest in renewable energy, including electric vehicles and clean heat that will reduce its carbon footprint by 2.4 million metric tons over the next three years. The company also wants to replace gas mains with “high-density plastic piping” and to bury overhead electric cables underground in order to prevent power outages during severe storms. While the US economy is in the grip of record levels of inflation, electricity prices are usually not as affected as other goods and services like gas. According to the Bureau of Labor Statistics, the cost of electricity rose from an average of 8.1 cents per kilowatt hour in 1985 to 13.5 cents in 2020 — a 66.7% increase, which is much lower than the 140.5% rate of inflation during that same period. Natural gas prices soared last year to levels not seen in nearly a decade. In October, the cost of natural gas, which is most commonly used to heat homes, hit $6.47 per million British thermal units — the highest since February 2014. But prices came down a bit earlier this winter due to relatively mild temperatures in the country. As of Wednesday, natural gas futures were trading at $5.349/MMBtu, up 60 cents as fierce winter storms and plunging temperatures sent demand upwards.