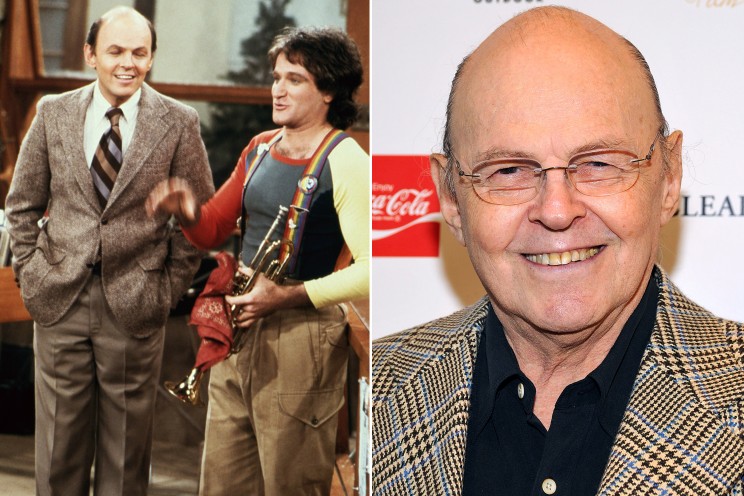 He was a star of stage, screen, jazz club, art gallery and beyond. Conrad Janis, a legendary jazz trombonist who starred on the ABC sitcom “Mork & Mindy,” died on March 1 at age 94. His death was confirmed by his business manager, Dean A. Avedon, in a statement to the New York Times. Born Feb. 11, 1928, to famed Manhattan art collectors Sidney and Harriet Janis, the entertainer got his start at age 13, appearing in the play “Junior Miss.” Several years later he starred in his first Broadway show, “Dark Side of the Moon” — one of 12 Broadway productions Janis would appear in during his storied career, Deadline reported. In a 2012 interview with film historian Alan K. Rode, the star attributed his success on stage to wanting “to get out of school all my life.” The performer’s first film foray came via the 1945 wartime comedy “Snafu,” in which the youngster played a 16-year-old who lies about his age to enlist in the military. Two years later, he appeared in the Warner Bros. flop “That Hagen Girl,” starring Ronald Reagan and Shirley Temple. Janis’ career took off in the 1960s, when he had bit parts in a slew of hit TV shows, including “The Untouchables,” “Stoney Burke,” “Get Smart” and “My Favorite Martian.” His success continued into the 1970s with roles on “Baretta,” “Happy Days” “Police Story,” “The Jeffersons,” “Laverne & Shirley” and numerous other classic series. During that time, Janis landed perhaps his most memorable role as Fred McConnell, the doting but overprotective father of Mindy (Pam Dawber) on the Robin Williams comedy “Mork & Mindy.” The bald-headed thespian appeared in all four seasons of the show from 1978 to 1982. Later, Janis landed roles on many other shows, including “St. Elsewhere,” “Murder, She Wrote” and “Frasier,” on which he portrayed Albert, a neighbor of Frasier Crane (Kelsey Grammer) and his dad (John Mahoney). Janis’ success wasn’t limited to the stage and small screen. He also appeared in the films “Airport ’75″ (1974), “The Happy Hooker” (1975), “The Duchess and the Dirtwater Fox” (1976), “The Buddy Holly Story” (1978), “Oh, God! Book II” (1980), “Brewster’s Millions” (1985), “Sonny Boy” (1989), “Mr. Saturday Night” (1992) and “The Cable Guy” (1996). Janis is perhaps most well-known for his work as a jazz trombonist. This lifelong passion began in the 1940s, when he would spend countless hours listening to famed trombonist Kid Ory and his New Orleans jazz band. “In the course of going eight or nine months and listening to him every night, I inadvertently memorized every one of his solos,” Janis told Rode in their interview. “When I finally got hold of a trombone [sometime later], I started playing and could play — very badly and stumbling — but I had it in my ear.” As a decorated trombonist, the musical prodigy has notched multiple performances on both “The Tonight Show” and at Carnegie Hall. The musician also recorded several albums with his band the Tailgate Five and regularly performed with the Beverly Hills Unlisted Jazz Band while starring on “Mork & Mindy.” In the late 1980s, the multitalented musician and his brother, Carroll Janis, took over the Sidney Janis Gallery from their elderly father and kept the institution going until 1999, according to the Times. Juggling a Da Vinci-esque array of vocations might seem unwieldy, but Janis said the key was keeping the personas separate and not letting his jazz sensibilities seep into the art world. “It just wouldn’t do to tell a knowledgeable art patron that ‘Man, I dig Picasso the wildest,’” he once told Newsday, according to the Times. Janis is survived by his children, Christopher and Carin, two grandchildren and two great-grandchildren.