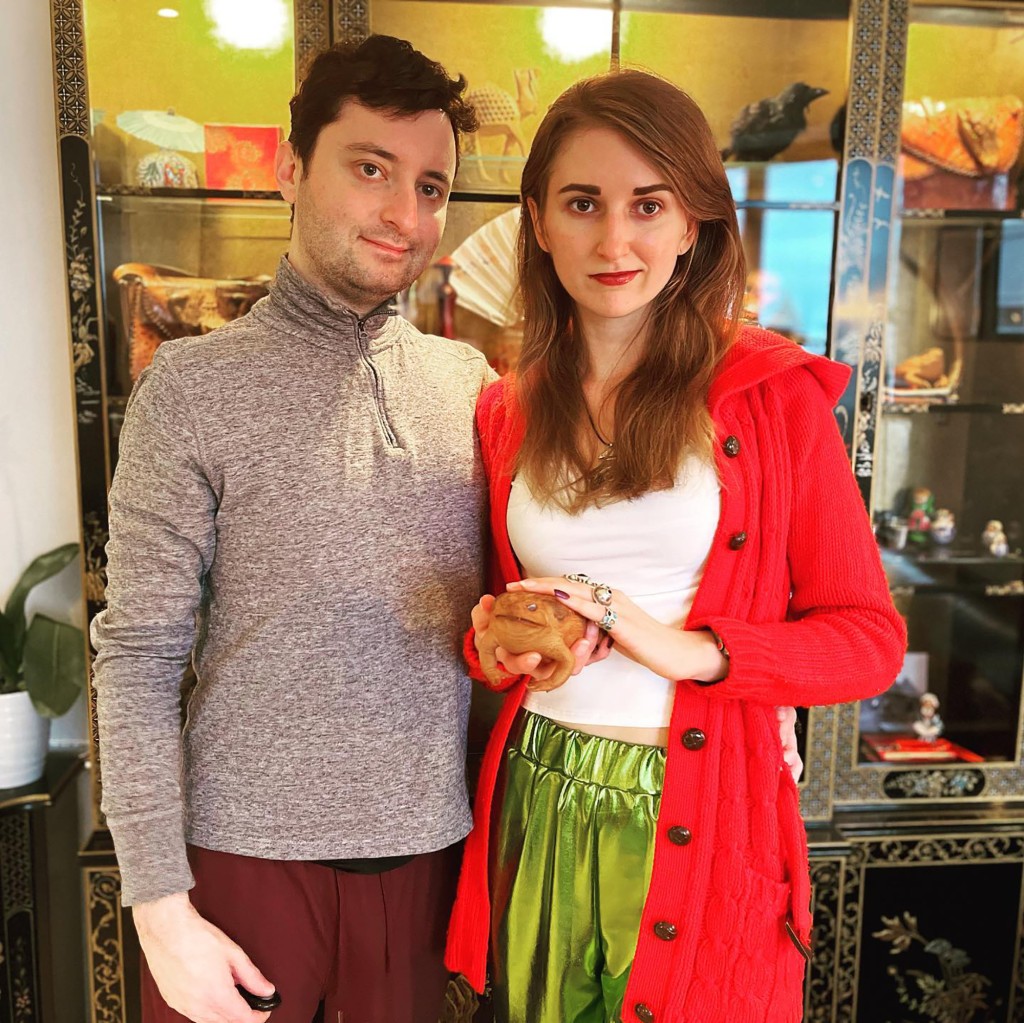 A married couple was busted in Manhattan on Tuesday for allegedly trying to launder roughly $4.5 billion in cryptocurrency stolen during a massive 2016 hack, federal prosecutors said. Ilya Lichtenstein, 34, and his wife, Heather Morgan, 31, are accused of conspiring to wash the proceeds of 119,754 bitcoin that were looted when a hacker breached the systems of virtual currency exchange Bitfinex. The stolen cryptocurrency was allegedly transferred to a digital wallet controlled by Lichtenstein, who describes himself as a “Technology entrepreneur, coder and investor” on his LinkedIn account. He and his wife — a self-professed “Serial Entrepreneur” and “surrealist rap” creator — then moved the funds to their accounts via “a complicated money laundering process,” prosecutors said. The couple allegedly spent the illegal proceeds on things like gold, NFTs and a $500 Walmart gift card, according to the criminal complaint unsealed Tuesday. As part of the scheme, the duo allegedly “employed numerous sophisticated laundering techniques” including setting up online accounts under bogus identities and moving the money through the darknet, prosecutors said. The Justice Department said special agents were able to recover over $3.6 billion in bitcoin stolen during the Bitfinex hack — its largest-ever financial seizure. “Today’s arrests, and the department’s largest financial seizure ever, show that cryptocurrency is not a safe haven for criminals,” said Deputy Attorney General Lisa Monaco. Bitfinex said it was working with the DOJ to “establish our rights to a return of the stolen bitcoin.” Lichtenstein and Morgan are facing charges of conspiring to commit money laundering, as well as to defraud the US. The couple got engaged in 2019, according to a Facebook post from Lichtenstein in which he said his bride was “my best friend and the woman of my dreams” and “not just a tech entrepreneur” but also a “fearless rapper.” Morgan has released a number of rap songs under the alter ego “Razzlekhan,” described as “like Genghis Khan, but with more pizzazz” on her website. She also offers productivity tips, according to her Instagram. She and Lichtenstein were expected to appear in Manhattan federal court Tuesday afternoon. It’s unclear who will be representing them in the case.