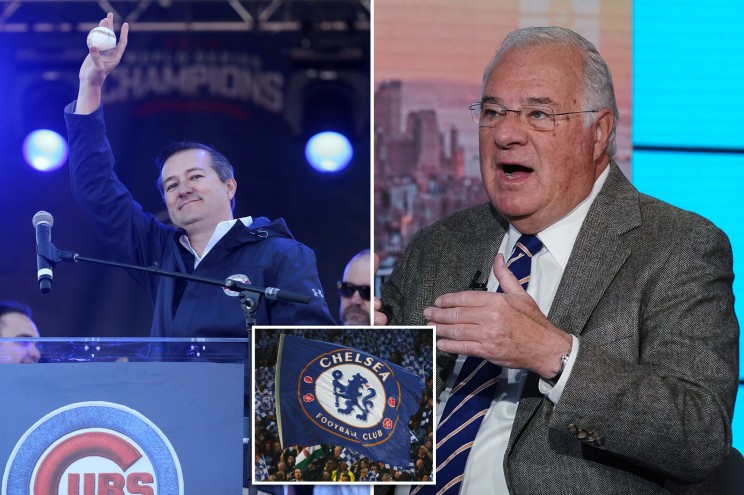 The billionaire owners of the Chicago Cubs are planning to meet with fans of the Chelsea soccer team in a bid to defuse public outcry over claims they are racist and should be denied a chance to buy the west London club. Tom Ricketts, the son of Joe Ricketts, will reportedly meet representatives of two fan groups in London on Wednesday after Chelsea supporters waged a social media campaign opposing the family’s proposed bid to own the club. The hashtag #NoToRicketts was trending on Twitter as outraged fans accused the family of harboring Islamophobic and racist sentiments. “Our family rejects any form of hate in the strongest possible terms,” the Ricketts family said in a statement. “Racism and Islamophobia have no place whatsoever in our society. We have developed deep and abiding partnerships with the Muslim community in Chicago, as well as with all communities of color.” The Ricketts family is being scrutinized anew three years after decade-old emails surfaced in which Joe Ricketts called Islam “a cult.” Joe Ricketts, a self-made billionaire who made his fortune after building securities brokerage firm TD Ameritrade from the ground up, issued a statement disavowing the emails. Chelsea, which has several Muslim players on its roster, is up for sale after its current owner, Russian oligarch Roman Abramovich, was hit with sanctions by the British government earlier this month. Abramovich, who is thought to be close to Russian President Vladimir Putin, is reportedly seeking to offload his UK-based assets in light of the ongoing Russian invasion of Ukraine. Western governments have come under intense pressure to punish Russian oligarchs who are believed to be cronies of Putin. In 2009, the Ricketts family purchased the Cubs, with Joe Ricketts using 34 million TD Ameritrade shares — worth $403 million — to finance the buy. The Ricketts family is among 10 different bidders who are looking to buy Chelsea FC. The Raine Group, the American merchant bank that is handling the sale, is expected to announce a shortlist of four finalists later this week, Sports Illustrated has reported. Chelsea has made an effort to crack down on racism from fans in recent years. In 2020, hidden camera footage obtained by The Athletic caught several supporters of the club making pro-Nazi salutes.