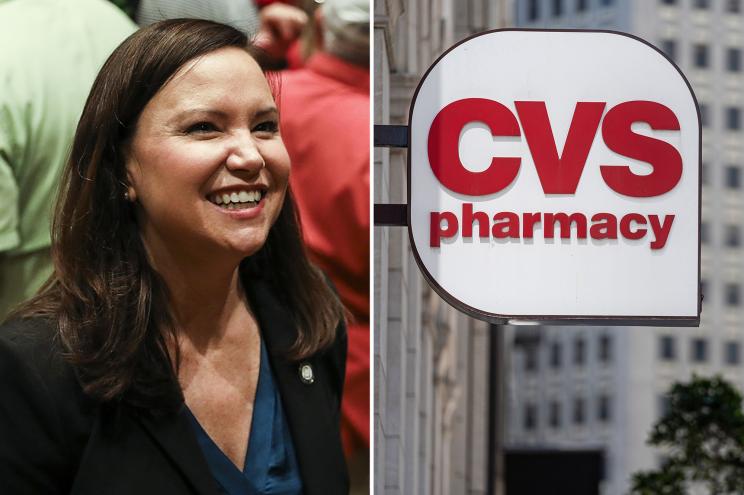 CVS and pharmaceutical companies will pay Florida a combined $860 million as part of the settlement of an opioid epidemic case, state officials said Wednesday. Florida Attorney General Ashley Moody said CVS Health Corp. and CVS Pharmacy Inc. will pay the state $484 million. Teva Pharmaceuticals Industries Ltd. agreed to pay $195 million and Allergan PLC more than $134 million. In addition, Teva will provide to Florida about $84 million of its Narcan nasal spray used to treat overdose victims. Another company, Endo Health Solutions, is also settling for $65 million, Moody said. “The opioid epidemic is wreaking havoc on Florida families,” Moody said in a news release. “The monies secured from CVS, Teva, Allergan and Endo will help further our efforts to remediate the harm and suffering of Floridians.” The money from CVS, Moody added, will be divided between the state and Florida cities and counties, which were beset by opioid overdoses and illicit drug use during the “pill mill” epidemic of a decade ago. The money must be spent on tackling the opioid crisis. The opioid epidemic has been linked to more than 500,000 deaths in the US over the past two decades, counting those from prescription painkillers such as OxyContin and generic oxycodone as well as illicit drugs such as heroin and illegally produced fentanyl. In the 2010s, state and local governments filed thousands of lawsuits against companies that make and distribute the drugs seeking to hold them accountable. A handful of cases have gone to trial, but many more have been settling, particularly over the last year. The Florida settlements leave only Walgreens Co. as a defendant in a lawsuit set for trial April 5 in Pasco County Circuit Court. Florida has previously obtained millions of dollars in opioid settlements involving McKesson Corp., Cardinal Health Inc., Johnson & Johnson Inc. and AmerisourceBergen Corp. OxyContin maker Purdue Pharma has a tentative nationwide deal that includes $6 billion in cash from members of the Sackler family who own the company; drugmaker Johnson & Johnson and the distributors AmerisourceBergen, Cardinal Health and McKesson have finalized settlements totaling $26 billion. Other drugmakers, including Teva and Endo, have been settling state-by-state as they did in Florida. In all, settlements, civil and criminal penalties since 2007 have totaled over $45 billion, according to an Associated Press tally.