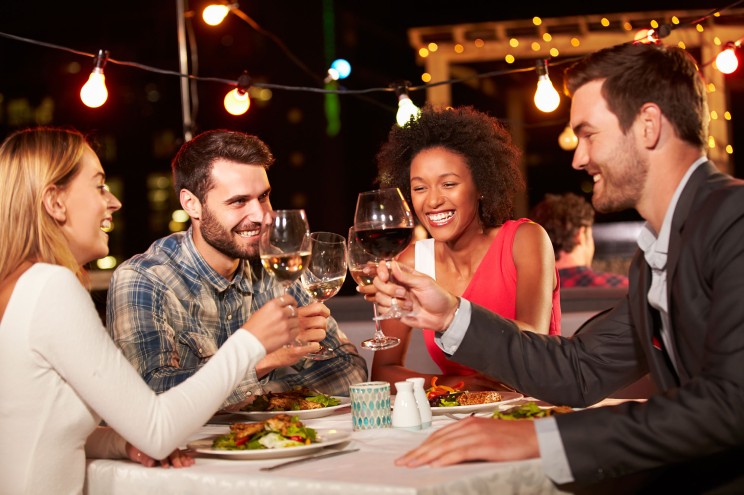 The more the merrier. A new dating app created by two New York City singles allows friends to create joint profiles for double dates — and it has a 9,000-person waitlist. Danielle Dietzek and Julie Griggs were twentysomethings living together in Manhattan and working as health care professionals on a grueling six-week clinical rotation in December 2018 when they decided to create a joint account on one of the popular dating apps. Faced with their demanding work schedules, Dietzek said there was little time for them to juggle their jobs, the city’s dating scene and their own friendship. “So we decided to kill two birds with one stone,” Dietzek told The Post. “Swipe right if you and your awesome friend want to double date me and my awesome friend,” they wrote on their shared profile. The idea proved to be such a hit that Griggs’ family urged the two to push the concept a step further — and Fourplay was officially born in 2019. Fourplay, which is now in its pre-seed round of investing, allows two single friends to create a shared profile that matches with other pairs of singles, setting up pressure-free double dates. The app’s buddy system requires unanimity among the four people who share two profiles in order to proceed to a group chat, where the users brainstorm over a time and a place to meet for their double date. “We very intentionally designed Fourplay so that all matches happen as a group and there’s no one-on-one dating to mitigate the pressure and anxieties that come with dating,” Griggs told The Post. “If two people meet on a Fourplay date and want to go on a romantic date after that, great! If someone comes away from a Fourplay date with one or two new friends, great!” “If you didn’t vibe at all with the people you went out with … at least you were with a friend so it wasn’t a waste of a night.” The app is currently available on iOS, though Griggs and Dietzek said there are plans to make it accessible for Android users. Though the app launched more than two years ago, Griggs and Dietzek didn’t start actively recruiting users until last year after their plans were upended by the pandemic. Fourplay is currently limited to just 11,000 active users who live within a 50-mile radius of New York City, but there is a waitlist of more than 9,000. With a new round of fundraising from eager investors, Fourplay will soon be available to users nationwide and abroad. Griggs and Dietzek told The Post that the app is designed to simulate dating before the advent of apps, when our parents and grandparents met their mates through the “bar experience.” “In five years from now we see ourselves being the Bumble or Hinge of social dating — an untapped market that singles don’t even realize they need,” Dietzek said.