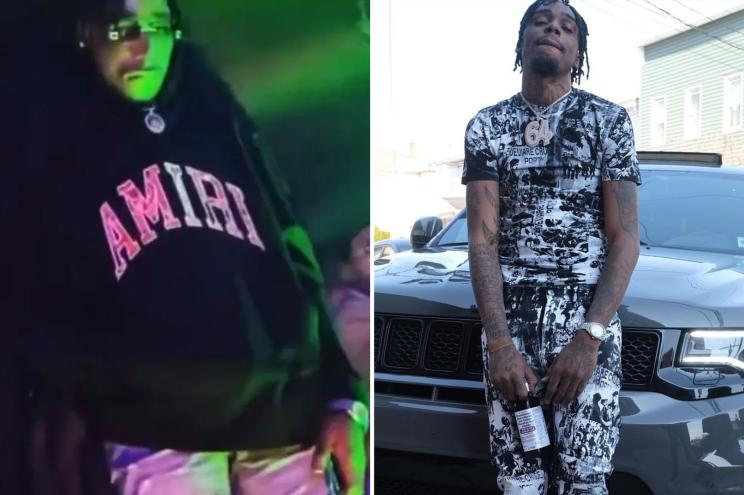 It was like the hip-hop equivalent of “Weekend at Bernie’s.” Washington, D.C.’s Bliss nightclub has apologized over an appalling spectacle in which the body of slain rapper Goonew was reportedly displayed on their stage at his own funeral. The memorial service took place Sunday, weeks after the hip-hopper was shot dead at 24 years old. “Our deepest condolences to Goonew’s family, friends and fans,” the venue wrote in a statement, which was shared on Instagram Monday by The Shade Room. “Bliss was contacted by a local funeral home to rent out our venue for Goonew’s home-going celebration. “Bliss was never made aware of what would transpire. We sincerely apologize to all those who may be upset or offended,” the venue continued. “Please keep Goonew’s family and friends in your prayers at this difficult time.” The statement was posted amid trending Twitter footage that reportedly showed the slain rapper, whose real name is Markelle Morrow, apparently propped up on stage at Bliss Nightclub while mourners raved around him like an Irish wake. The hip-hopper’s corpse was decked out in a hoodie, a blinged-out watch and a crown. A source who attended the macabre public viewing, entitled “The Last Show,” confirmed that there was a $40 cover charge to enter the venue, the Shade Room wrote in a prior post. While initially unclear if the figure was Goonew’s actual corpse or a mannequin, the general consensus is that the body was, in fact, his. “During the event, Goonew’s body was propped up on stage, wearing designer clothing and a crown,” The Shade Room wrote on Instagram. Meanwhile, per XXLMag, Black Fortune — a rapper who performed at the event — wrote in an Instagram Story: “No this ain’t no wax figure my Brodie went out gansta.” Social media found the display obscene and disrespectful. “No way goonew mama approved that s–t that’s so sad & disrespectful,” wrote one aghast fan on Twitter. Another offered: “if y’all saw that video with Goonew’s body y’all can’t tell me this society ain’t already collapsed…” “This is madness,” spluttered another gawker on the ’Gram. “WHO THOUGHT THIS WAS A GOOD IDEA?” Even hip-hop icon 50 Cent weighed in on Twitter, writing: “oh s–t ! i just realized what this is.” Morrow had reportedly been shot dead by an unknown assailant in District Heights, Maryland, on March 18, per an announcement by the Prince George’s County Police Department, Complex reported. “Once on scene, they located an adult male suffering from a gunshot wound,” according to the department. “The victim was taken to a hospital for life-threatening injuries. At approx. 7:30 p.m., the victim was pronounced dead.” Police are currently offering a $25,000 reward for information that leads to an arrest of a suspect in the shooting.