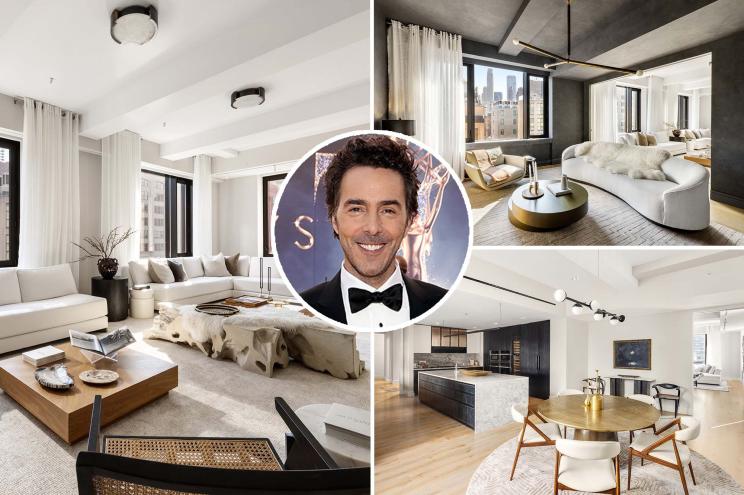 Canadian director/producer Shawn Levy and his wife Serena bought a $13.5 million penthouse in Tribeca last December — and it’s already back on the market for $15 million. Levy, a frequent Ryan Reynolds collaborator, was just revealed to be the new director of Marvel Studios’ “Deadpool 3.” Levy has also directed and produced films including “Cheaper by the Dozen,” the “Night at the Museum” series, “Stranger Things” and “The Adam Project,” and founded the production company 21 Laps. The five-bedroom, 6½-bath home is at 11 Beach, a 10-story prewar office-to-condo conversion building “redesigned” by Thomas Juul-Hansen and BKSK Architects in 2015. A private elevator opens into the 5,457-square-foot apartment, which features beamed ceilings, wide-plank hardwood floors and oversize windows. There’s an 800-square-foot living room, with a large pocket door that opens to a media room/home office. Another pocket door opens to a large, eat-in chef’s kitchen with walls of dark oak cabinets. There’s also a private bedroom wing. Building amenities include a doorman/concierge, gym, children’s playroom and a landscaped roof deck. The listing brokers are Corcoran’s Danny Davis, Lisa Balbuena and Lisa Resnick.