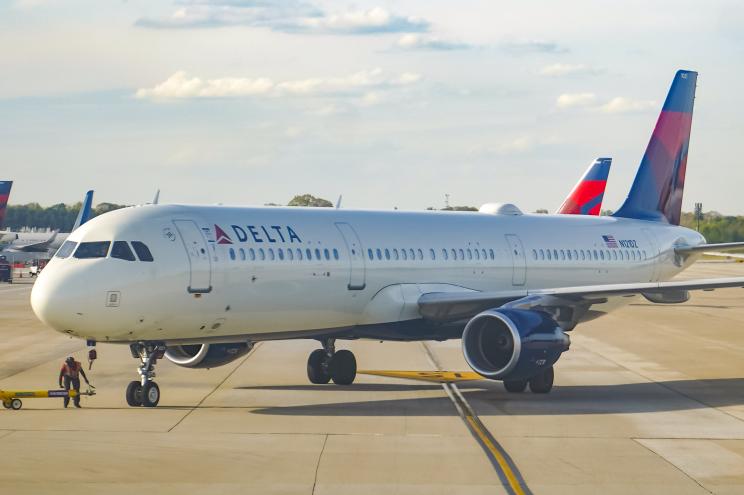 Delta Air Lines has conducted tests of SpaceX’s Starlink satellite internet with an eye toward potentially offering the wireless service to its passengers in the future, the carrier’s top boss said this week. Delta CEO Ed Bastian said the airline has engaged in preliminary talks with SpaceX, the private space firm founded by billionaire Elon Musk. SpaceX is billing Starlink as a high-speed, low-cost internet service capable of providing access around the world. It’s unclear what form the tests took or how soon Starlink might roll out on Delta’s passenger planes. Bastian declined to discuss specific details about the tests, according to Wall Street Journal. The Delta has previously called for expanded access to cheap, effective Wi-Fi service on flights. Delta representatives did not immediately return a request for comment on the matter. Musk has touted Starlink’s potential as a source of internet for air travelers in recent months. Last October, the billionaire said SpaceX was “talking to airlines about installing Starlink” – adding that the service would provide “low latency” and “half gigabit connectivity in the air.” Musk has also said SpaceX was aiming to get Starlink certified for use on Boeing 737 and Airbus A320 planes because they “serve [the] most number of people.” Starlink had 250,000 global subscribers as of March, according to Jonathan Hofeller, one of the company’s executives for commercial sales. Speaking at a conference last month, Hofeller said air travelers have come to expect better internet service. “The expectation has changed faster than the technology,” Hofeller said, according to the Wall Street Journal. Starlink likely faces some regulatory hurdles before it can gain wider adoption on airlines. While the Federal Communications Commission has cleared SpaceX to conduct tests for the service, any equipment installation must be approved by the Federal Aviation Administration. The FAA declined the Journal’s request for comment. Meanwhile, Delta has expanded its in-flight internet offerings – making Viasat satellite internet available on more than 300 of its planes for $5 per customer per flight. SpaceX has already launched more than 1,900 satellites into orbit – with plans to launch thousands more as it expands and improves the Starlink service. But the firm faces mounting permission from Amazon’s secretive “Project Kuiper,” which announced plans last month for its own satellite launches to facilitate a low-cost broadband internet system. Starlink has garnered international attention in recent weeks after Musk made the service available in Ukraine to assist those impacted by Russia’s unprovoked invasion of the country.