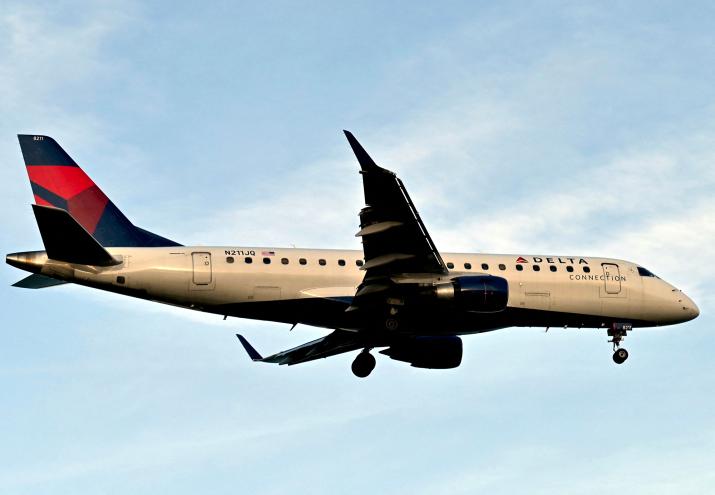 Delta’s stock got a boost after the airline said customers are taking to the skies in record numbers — despite fresh COVID-19 cases and stiff fuel prices that have sent ticket prices soaring. “We are seeing an historic level of sales activity and booking volumes at levels higher than we’ve ever seen in our history,” Delta CEO Ed Bastian told The Wall Street Journal. Business took a turn for the better in March, Bastian said, when the company returned to profitability boosted by both business and international travelers ramping up for the first time in months and a “strong spring break season.” Delta is forecasting that it will turn a profit in the second quarter after reporting a $940 million loss in the quarter ended March 31. The company’s shares were up by more than 4% on the rosy outlook. Rising fuel costs are being absorbed for now with higher ticket prices, the company said, and little pushback from consumers. “With a strong rebound in demand as omicron faded, we returned to profitability in the month of March, producing a solid adjusted operating margin of almost 10 percent,” Bastian said in a statement. “As our brand preference and demand momentum grow, we are successfully recapturing higher fuel prices.” Delta estimates that during the second quarter 84% of capacity will return when compared to the same period during 2019 and it expects revenue recovery to reach 93% to 97% of the pre-pandemic levels. Domestic corporate sales shot up to 70% of pre-pandemic levels in March, up from 50% in the first two months of the year, the company said, while international sales reached 50% of 2019 levels in March up from 35% in January and February. The tourism recovery emboldened JetBlue to announce the addition of 5,000 jobs in New York City in late March.