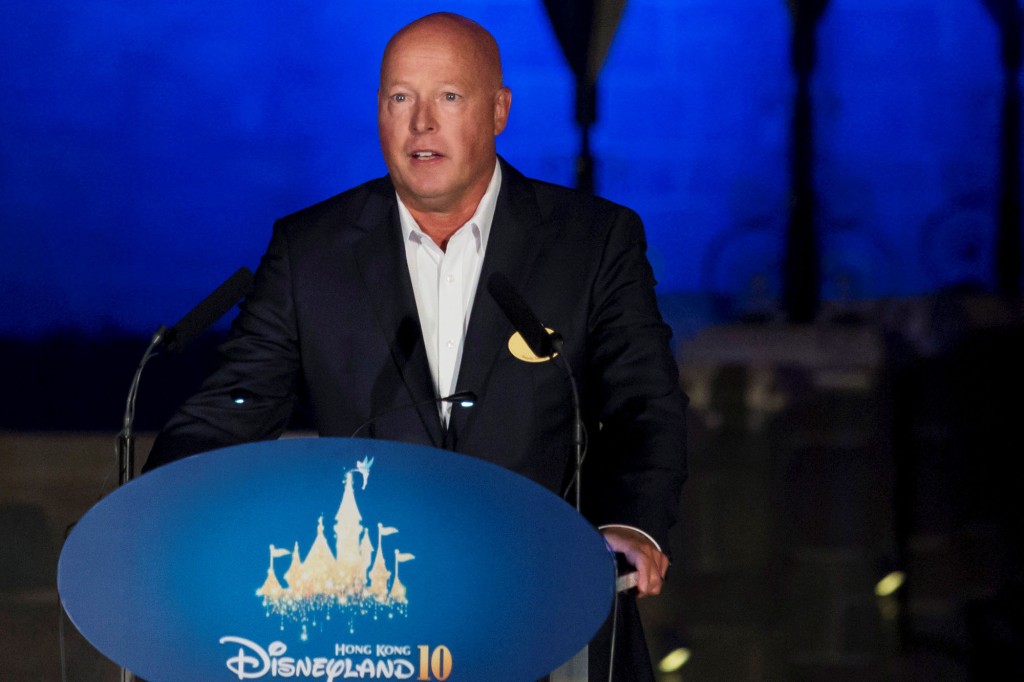 Disney CEO Bob Chapek is breaking his silence about Florida’s “Don’t Say Gay” bill amid pressure from some employees and LGBTQ rights groups. “I want to be crystal clear: I and the entire leadership team unequivocally stand in support of our LGBTQ+ employees, their families, and their communities. And, we are committed to creating a more inclusive company — and world,” Chapek wrote in a memo to staff Monday. Disney and Chapek have been taking heat in recent weeks for declining to release a statement about the bill, and for donating money to statewide elected officials who supported the bill. The bill, under consideration by the Florida Legislature, would ban teachers from discussing LGBTQ topics like sexual orientation or gender identity with students until after third grade. The Disney CEO also noted that the company donated to politicians who oppose the bill. But anger bubbled over when Chapek’s predecessor, Bob Iger, condemned the bill on Twitter two weeks ago. “I’m with the President on this!” Iger wrote. “If passed, this bill will put vulnerable, young LGBTQ people in jeopardy.” President Biden had tweeted his opposition to “legislation designed to attack LGBTQI+ kids.” I’m with the President on this! If passed, this bill will put vulnerable, young LGBTQ people in jeopardy. https://t.co/fJZBzre4yM— Robert Iger (@RobertIger) February 25, 2022 GLAAD president and CEO Sarah Kate Ellis told The Post last week that corporations need to speak out. “Companies that do business in Florida, Texas, and the dozens of other states considering anti-LGBTQ legislation not only have a responsibility to speak out for their LGBTQ customers and employees, they also have a real opportunity to educate the public about these unpopular and harmful bills and stop them from becoming law,” Ellis said. Chapek said Monday he didn’t “want anyone to mistake a lack of a statement for a lack of support,” but he defended his decision. “As we have seen time and again, corporate statements do very little to change outcomes or minds,” he said. “Instead, they are often weaponized by one side or the other to further divide and inflame. Simply put, they can be counterproductive and undermine more effective ways to achieve change.” The CEO also addressed the issue of political donations, adding that the company’s new chief corporate affairs officer Geoff Morrell would be “reassessing our advocacy strategies around the world — including political giving — as he begins to integrate the communications, public policy, government relations and CSR [corporate social responsibility] teams.” Chapek added that the Mouse House could make bigger cultural changes via the work it produces and the organizations it supports. “We all share the same goal of a more tolerant, respectful world. Where we may differ is in the tactics to get there,” he said. “And because this struggle is much bigger than any one bill in any one state, I believe the best way for our company to bring about lasting change is through the inspiring content we produce, the welcoming culture we create, and the diverse community organizations we support.” The CEO said he plans to discuss the issue further at the company’s Reimagine Tomorrow Summit in April. The summit provides a platform for Disney to weigh in on topics relating to diversity, transparency and accountability. Late last week, Florida Gov. Ron DeSantis defended the bill. He said it wasn’t about discrimination, but instead is meant to ensure there’s no “sexual instruction” given to young students. “When you actually look at the bill and it says ‘no sexual instruction to kids pre-K through three,’ how many parents want their kids to have transgenderism or something injected into classroom instruction?” DeSantis said, according to a CBS News report. “It’s basically saying for our younger students, do you really want them being taught about sex? And this is any sexual stuff. But I think clearly right now, we see a focus on transgenderism, telling kids they may be able to pick genders and all of that.”