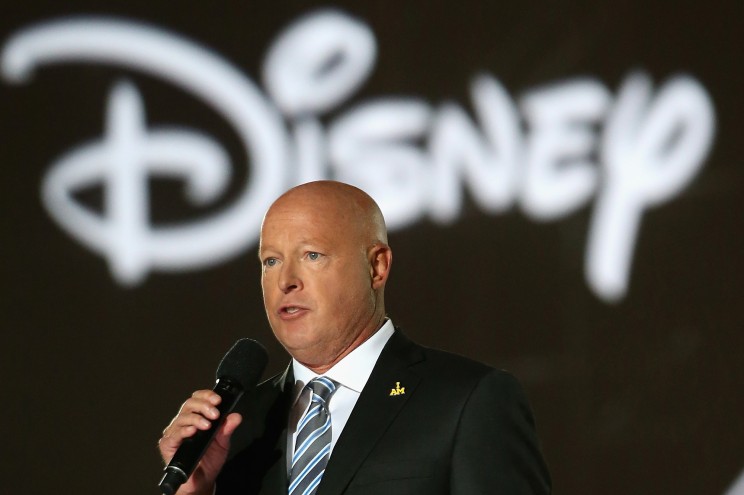 Disney CEO Bob Chapek said that he will meet with Florida Gov. Ron DeSantis to discuss the state’s controversial “Don’t Say Gay” bill after the Mouse House took heat for remaining silent on the issue. The CEO also said Disney will donate $5 million to organizations, including the Human Rights Campaign, which work to protect LGTBQ+ rights. During Disney’s annual shareholder meeting Wednesday, the CEO said that while Disney had been “opposed to the bill from the outset,” its original under-the-radar approach to fighting it “didn’t get the job done.” “While we’ve been strong supporters of the community for decades, I know that many are upset that we did not speak out against the bill,” Chapek said. “Now, we were opposed to the bill from the outset, but we chose to not take a public position because we thought we could be more effective working behind the scenes, engaging directly with lawmakers on both sides of the aisle.” The CEO said that “despite weeks of efforts,” Disney was “ultimately unsuccessful,” challenging the bill, which would ban Florida teachers from discussing LGBTQ topics like sexual orientation or gender identity with students until after third grade. Chapek said he expressed his concerns to DeSantis on Wednesday morning that if the bill becomes law that it “could be used to unfairly target” LGBTQ kids and families. The exec said the governor agreed to meet with Chapek and a group of senior LGBTQ+ Disney employees to “discuss ways to address” those concerns. When asked by a shareholder what Chapek hopes to accomplish from the meeting given DeSantis’ strong stance, he said he hopes to work with the governor to make sure the bill isn’t “weaponized” to target LGBTQ children and families. DeSantis said he was interested in meeting Chapek and his team to find out what “aspects of the bill” are most concerning. Late last week, DeSantis defended the bill, explaining that it wasn’t about discrimination, but instead is meant to ensure there’s no “sexual instruction” given to young students. “When you actually look at the bill and it says ‘no sexual instruction to kids pre-K through three,’ how many parents want their kids to have transgenderism or something injected into classroom instruction?” DeSantis said, according to a CBS News report. Although Disney’s reticence on the bill in recent days sparked outrage among LGBT rights groups and Disney employees and fans alike, some have expressed concerns that the company should refrain from weighing in on such issues. One angry Disney shareholder criticized he company’s inclusion efforts, such as LGBTQ pride parades at its theme parks and its decision to feature a transgender character in an upcoming Pixar flick, asking if the company would be better served “sliding away” from politics and “reverting back to the magic and innocence” that served as its foundation. “I think all the participants on today’s call can see how difficult it is to try to thread the needle between the extreme polarization of political viewpoints we have as shareholders,” Chapek said. “What we want Disney to be is a place where people can come together and place their differences aside. It’s my goal to make sure that continues to be the case where Disney is a unifying force and not a divisive force.”