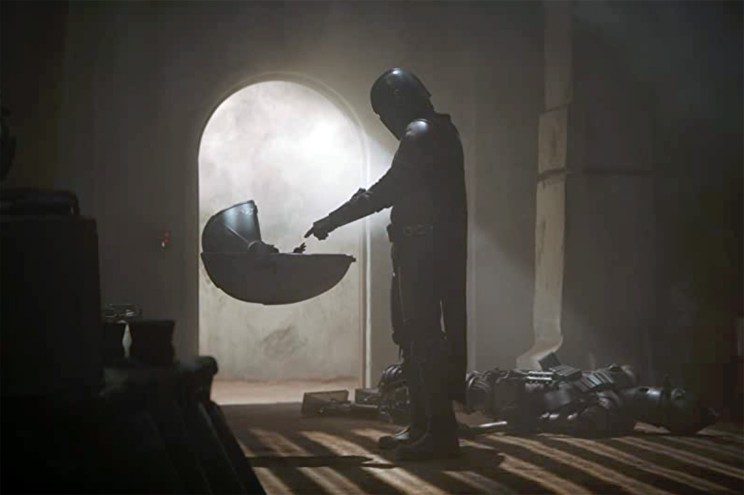 Disney said Friday that it will launch a less expensive subscription plan for streaming service Disney+, which will include advertising. While Disney did not say how much the new plan will cost, the current Disney+ plan — without ads — costs $7.99 a month. The Mouse House said its ad-supported plan will be available in the US later this year, and internationally, in 2023. According to the media giant, an ad-supported version of its streaming service is a “building block” for its lofty target of hitting 230 million to 260 million subscribers worldwide by the end of its 2024 fiscal year. At the end of 2021, Disney+, which is home to “The Mandalorian,” “The Book of Boba Fett,” “Encanto” and “Hamilton,” had 129.8 million paying global subscribers. Streaming giant Netflix said it closed out 2021 with 222 million global subscribers. Since Disney+ launched in November 2019, there has been some buzz as to whether the service will eventually introduce an ad-supported option. The company’s streaming portfolio includes ESPN+ for $6.99 a month and Hulu for $6.99 a month with ads or $12.99 a month ad-free. Disney also offers a Disney Bundle that includes all three services for $14 a month. “Expanding access to Disney Plus to a broader audience at a lower price point is a win for everyone — consumers, advertisers, and our storytellers,” Kareem Daniel, chairman of Disney Media and Entertainment Distribution said Friday. “More consumers will be able to access our amazing content. Advertisers will be able to reach a wider audience, and our storytellers will be able to share their incredible work with more fans and families.”