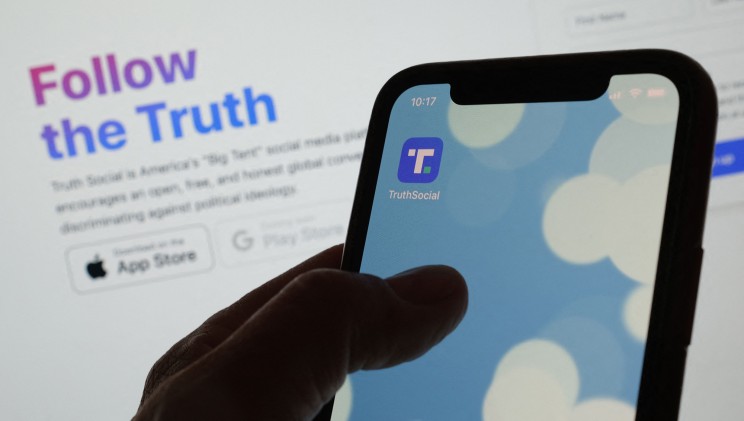 Donald Trump’s Twitter alternative has finally launched on iPhone — but hundreds of thousands of would-be users are now stuck waiting in a lengthy queue to join. Truth Social, which bills itself as a conservative-friendly version of Twitter, rocketed to the top of the iPhone App Store’s free apps chart shortly after becoming available on Monday. Yet the app’s developer, Trump Media & Technology Group, appeared unprepared for the flood of new users. When a Post reporter tried to sign up for a Truth social account on Tuesday morning, he was told that he was number 387,392 in a waitlist. “We love you, and you’re not just another number to us,” a message on the app read. “But your waitlist number is below.” The app did not give an estimate for how long it would take for the waitlist to clear up. Truth Social’s CEO, former California Congressman Devin Nunes, told Fox News Sunday that the app would be “fully operational” in the US by the end of March. Trump has billed the app as a free speech-focused rival to Big Tech sites like Twitter, Facebook and Google-owned YouTube, all of which banned then-president Trump in January following the Capitol attacks. Other anti-Big Tech alternatives like Gettr and Parler — as well as scammy knockoffs — have popped up in the year since Trump’s ban. Yet Truth Social has the massive advantage of being the first social media site by Trump himself — and counting the former president among its users. “Get ready! Your favorite president will see you soon,” Trump wrote in his first Truth post last week ahead of its public launch. The app bills itself as “a social media platform that is free from political discrimination.” Trump Media & Technology Group, which is set to merge with a SPAC called Digital World Acquisition Corp., did not immediately respond to a request for comment. Digital World Acquisition Corp.’s shares were trading up 16.1% at $84.32 on Tuesday morning.