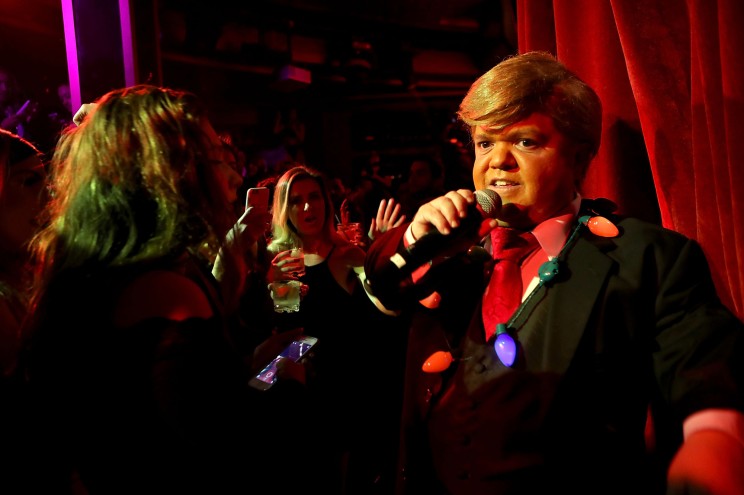 Vegas’ own Donny Davis, who performed with the likes of Britney Spears and Chelsea Handler, has died. He was 43. Sources told TMZ that Davis was found dead in his Las Vegas hotel room on Tuesday. The cause of death remains unclear until the full autopsy report. Davis was a Sin City staple, having performed for many A-listers, including Mariah Carey, Miley Cyrus, Seth McFarland, Joe Jonas and others. In 2013, he was cast as part of Spears’ dance troupe during her initial Vegas residency, which ran nearly 250 shows. He was also a series regular on Chelsea Handler’s “Chelsea Lately.” Davis also had roles in film, appearing in Tommy Chong’s 2017 comedy “It’s Gawd!” and in the 2013 film “Pain & Gain” with Mark Wahlberg, Dwayne Johnson and Anthony Mackie. Davis developed his own vaudeville style variety show for Beacher’s Madhouse at the MGM Grand, where he regularly performed for 20 years, and featured countless illustrious guests. He was also a fierce advocate for little people, in and outside the entertainment industry. “Donny broke barriers in the little people community and was an inspiration to his peers,” Madhouse owner Jeff Beacher told TMZ. “He will be missed terribly but his legacy and the impact he had on those who loved him will live on forever.”