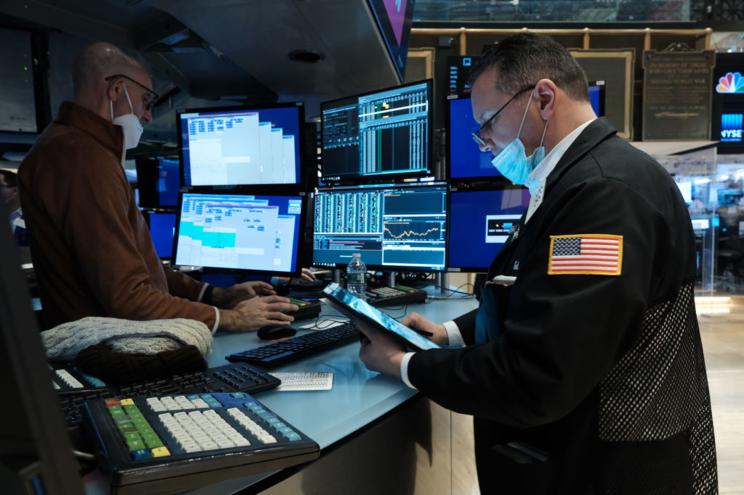 The Dow fell by more than 400 points after the opening bell on Monday, extending Wall Street’s losing streak as investors took stock of rising yields on government bonds as well as economic slowdowns in China caused by the ongoing pandemic. The Dow Jones Industrial Average was down 420 points, or 1.28%, while S&P 500 was trading lower by 1.64%. The Nasdaq fell 2% after trading opened on Monday. The market sell-off comes as yields on government bonds reached new records. The 10-year Treasury note yield reached 3.185% — its highest level since 2018. Blue-chip tech stocks like Meta, Alphabet, Amazon, Apple, and Netflix were all trading down after the market opened on Monday. A turbulent week on Wall Street ended Friday with more losses and the stock market’s fifth straight weekly decline — its longest weekly losing streak in more than a decade. The pullback came as investors balanced a strong US jobs report against worries the Federal Reserve may cause a recession in its drive to halt inflation. The S&P 500 ended last week with a loss of 0.6%. The Dow Jones Industrial Average fell 0.3%, while the Nasdaq slid 1.4%. The Russel 2000 slid 1.7%, to 1,839.56. Apart from concerns about inflation and coronavirus restrictions, the war in Ukraine is still a major cause for uncertainty. The Fed is hoping to raise rates and slow the economy enough to snuff out the highest inflation in four decades, but it risks choking off growth if it goes too far or too quickly. In energy trading, benchmark U.S. crude fell $1.29 cents to $108.48 a barrel in electronic trading on the New York Mercantile Exchange. Brent crude, the basis for pricing oil for international trading, edged down $1.15 cents to $111.24 a barrel. With Post Wires